Jamie Feilden, co-founder and CEO of the charity Jamie’s Farm, is celebrating after receiving a British Farming Award for his Outstanding Contribution to British Agriculture.

The prestigious award is presented to a member of the agricultural industry who has worked relentlessly in UK farming, recognising their tireless dedication to the industry.

During the special virtual awards ceremony hosted by Vernon Kay, Jamie was joined by agriculturalists up and down the country as he received this special honour.

Jamie's Farm has five therapeutic farms around the country which support disadvantaged children to thrive at school and home by running transformative, engaging and innovative farm trips.

At the farms, teenagers struggling at school are fully immersed in rural life and learn how to carry out meaningful work, such as caring for livestock and crops, and cooking healthy home-grown food - all whilst getting plenty of fresh air.

These visits, which include tailored therapeutic sessions, have a transformative impact on some of the country’s most deserving young people.

Of those who are at risk of exclusion from school before they visit Jamie’s Farm, 60% are no longer at risk six months later.

Foundation of the farm

Jamie founded the charity after teaching in a comprehensive school in Croydon. Concerned by the poor behaviour and lack of engagement of his pupils, he brought lambs from his farm in Wiltshire, set up animal pens in the school and entrusted his pupils with looking after them.

He noticed that many of the children benefited from the responsibility of tending to these animals.

From here, he came up with the idea of taking pupils from London back to Wiltshire. Using his farming experience and his mother Tish’s 30 years’ experience as a psychotherapist, they together developed Jamie’s Farm’s unique approach of "farming, family and therapy".

From their very first school visit, they witnessed the profound impact their programme had on disengaged teenagers.

They also run the Jamie’s Farm Apprenticeship Scheme for previous visitors to the farm who are keen to pursue a career in farming, animal care or outdoor education. 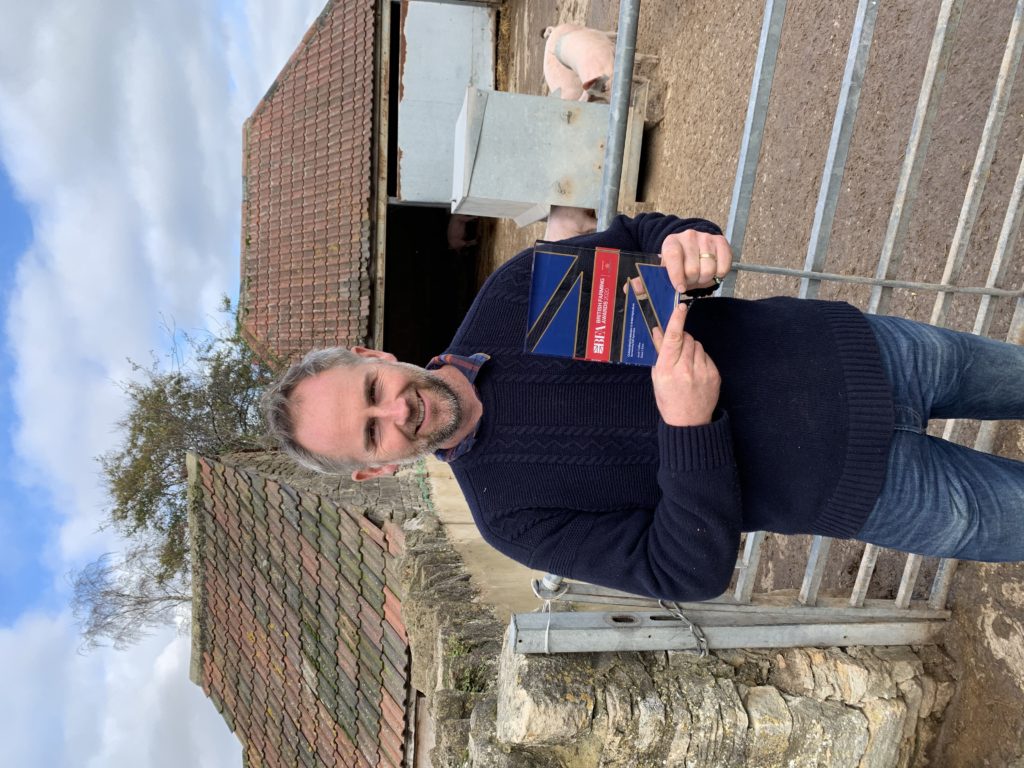 Due to present government restrictions, the charity is currently running a programme of day trips for schools and vulnerable groups and is looking forward to recommencing their normal residential school visits as soon as the guidance changes.

'Winning this award is the most fantastic boost'

Winning this award is the most fantastic boost in what has been a very challenging year. From a young age, I have been desperate to be a farmer but as someone from a non-farming family, I have always felt a bit of a fraud.

"This award now proves that I am really part of the industry and I am very proud that I have been recognised in this way.

"My family, colleagues, and farming friends have been so supportive, and they are the reason that Jamie's Farm and I have been recognised in this way.

"It is so nice to be able to celebrate this and it will provide real motivation to me and the team in the coming months and years."