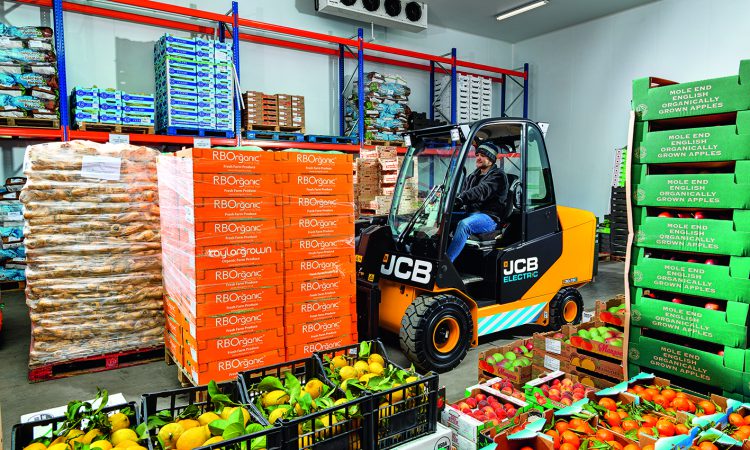 The JCB Teletruk was launched in 1997 in a bid to capture a slice of the global forklift market, worth over £6 billion at the time.

According to the company it remains the world’s only telescopic lift truck to offer forward reach, thanks to its telescopic boom, rather than a traditional vertical mast.

More recently JCB has released an electric version of this machine, named the JCB 30-19E. This version has just won the Environment Award from the Fork Lift Truck Association (FLTA), Europe’s major trade body for the materials handling industry.

The judges came to the decision the machine because they felt that it was “ideal for urban environments” due to its zero emissions and low noise levels.

JCB duly received a statuette – known as an ‘Archie’ – to mark the success.

Tim Burnhope, chief innovation and growth officer with JCB said: “It’s always an enormous thrill to be recognised by your industry peers and we are delighted to win the Environment Award from the Forklift Truck Association.

“The opportunities for the new electric Teletruk are immense, both in terms of benefitting the environment in a very big way and reaching into new markets.”

Until the launch of this electric model the whole range of Teletruks was powered by either diesel or LPG, and used predominantly in outdoor applications.

With the arrival of the new electric model, the Teletruk is now suited for a much wider range of tasks, including working within confined areas.

Because it is battery powered, the JCB 30-19E is quiet in operation and produces no emissions at point of use. Although the battery is of the well-established lead acid type, it can still work a full eight-hour shift on a single charge.

One of the key advantages of the JCB Teletruk which has led to its success, is its ability to load pallets and potato boxes from one side of a trailer.

This a feature which is often a great boon in busy and crowded yards.

In 1998, a year after its launch, the Teletruk won a total of three ‘Archie’ awards from the FLTA for innovation, safety and ergonomics.