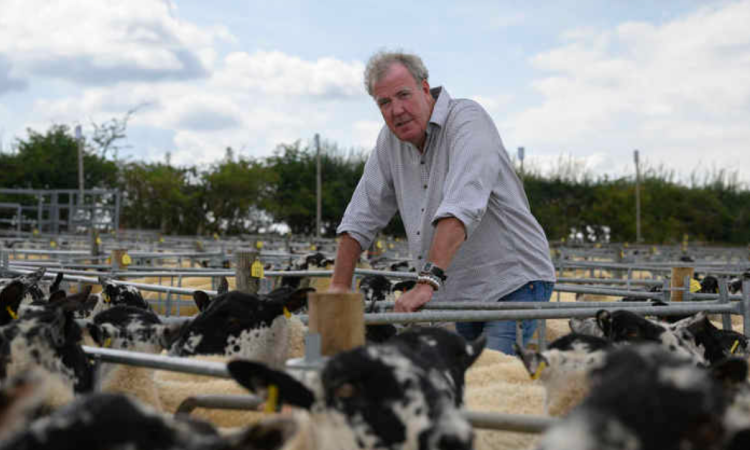 Jeremy Clarkson, TV presenter and star of the hit farming show Clarkson’s Farm, is hosting a Q&A session for the people of Chadlington today, September 9, regarding his on-farm shop Diddly Squat.

Posters placed around the village in Oxfordshire Cotswolds, home to Diddly Squat, read:

“As there seems to be some debate in the village about what’s going on at Diddly Squat, Jeremy Clarkson will be at the Memorial Hall to explain his plans and to take any questions you may have.

“Everybody from the area is welcome to attend. Cheese and wine will be provided.” 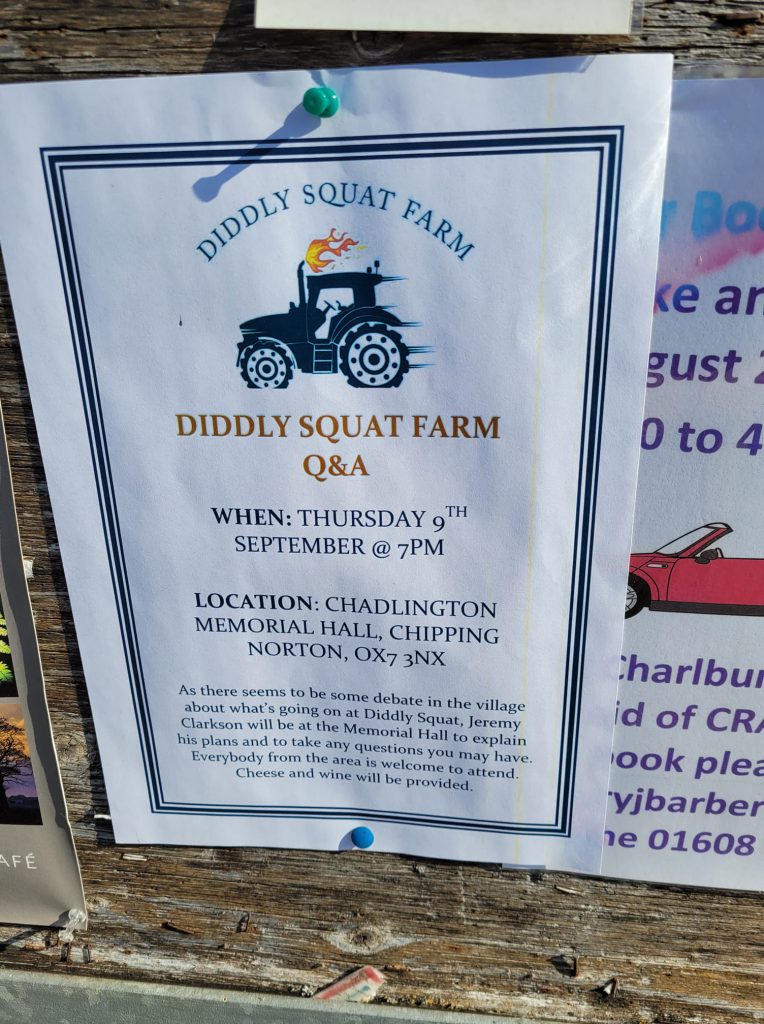 In a local community Facebook group, a spokesperson on behalf of Zoe Townsend of Chadlington parish council said that due to current Covid-19 restrictions, only 40 people will be allowed inside the village hall.

The post also specified that there will be no filming inside the hall and asked for proof of address to be brought along.

“To speed things up if you could bring a proof of address that would help,” the post said.

“There will be no filming inside the village hall.”

Diddly Squat – ‘the best farm shop in the world’ according its website – was established in 2020. In season one of Clarkson’s Farm, viewers saw Clarkson accidently produce 40t of potatoes and from that, develop the idea to sell them.

Now, the store sells apple juice, milk from a local dairy, honey, vegetables from the farm gardens and bread from Sourdough Revolution, made with Jeremy’s wheat, as well as produce from local villagers and shop merchandise.

Since the season aired on Amazon Prime, the farm shop has reached high levels of popularity with fans coming from all over to queue – often for hours – to get in.

The debate is to be focused on the villagers’ dismay at increased crowds and traffic on surrounding streets.

Among requests from locals, one Facebook user asks for better road signage, clearer directions to curb ‘chaotic driving’ from people who don’t know where they are going and a ‘polite notice’ to remind tourists and visitors about other traffic in the area.