John Deere to cull a significant chunk of its dealer groups?

It has been widely reported during recent weeks that John Deere has informed its European agricultural equipment dealers that it plans to reduce the number of dealership groups by between one fifth and one third (i.e. a 20-33% reduction). 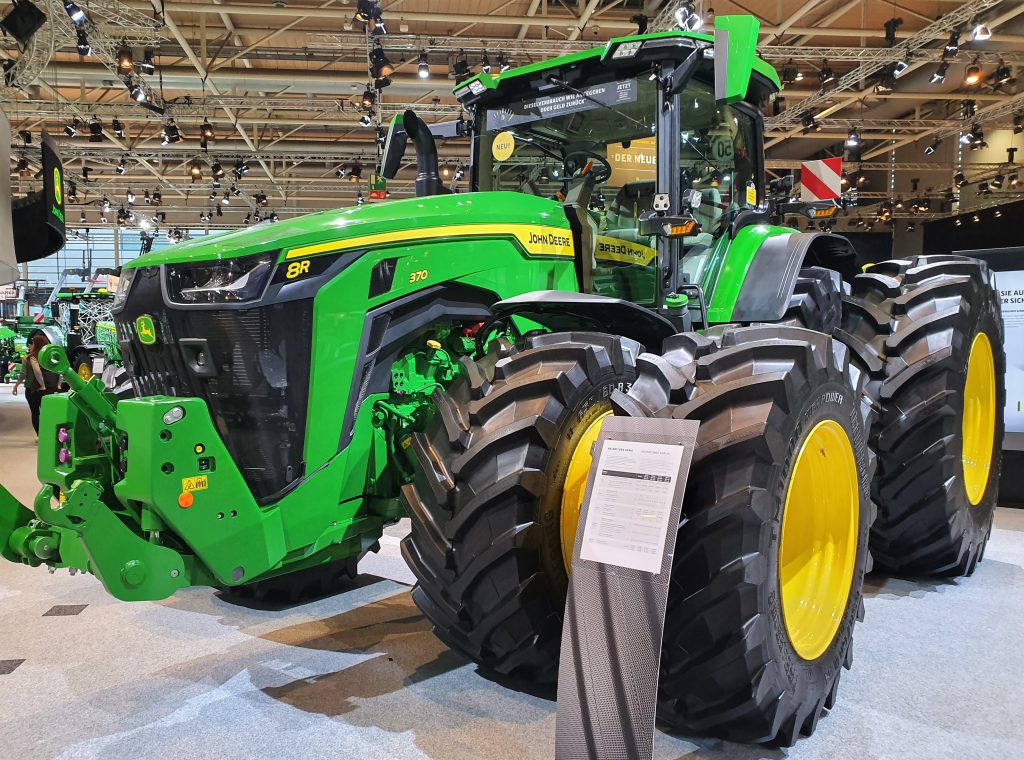 This tallies with details from a statement issued by well-known UK-based dealer - Sharmans Agricultural Ltd. It issued the statement (online) earlier this month, notifying its customers that the business would "not continue to be a John Deere dealer" - effective from October 31, 2020.

The statement - published on the company's website - is pictured (below): 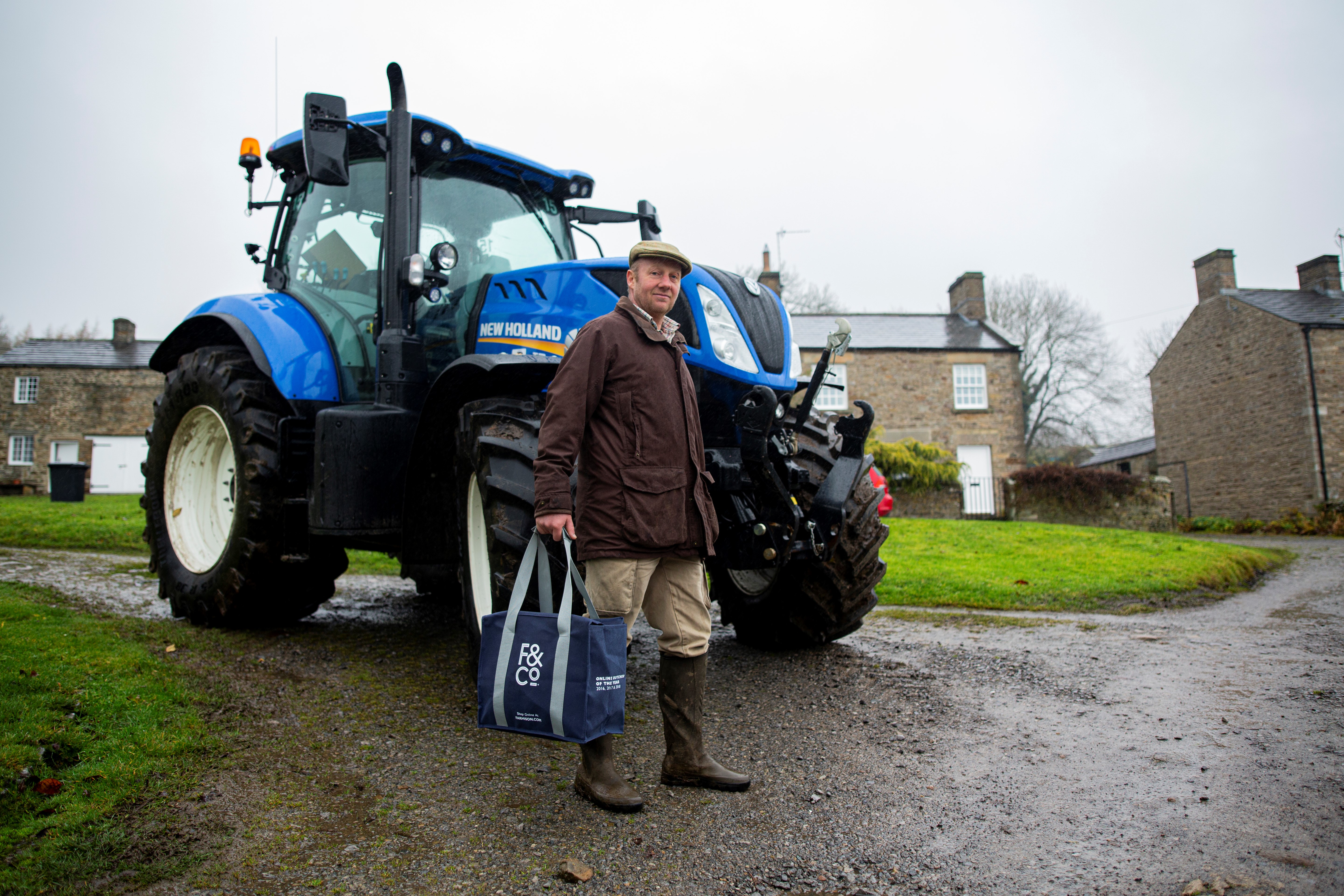 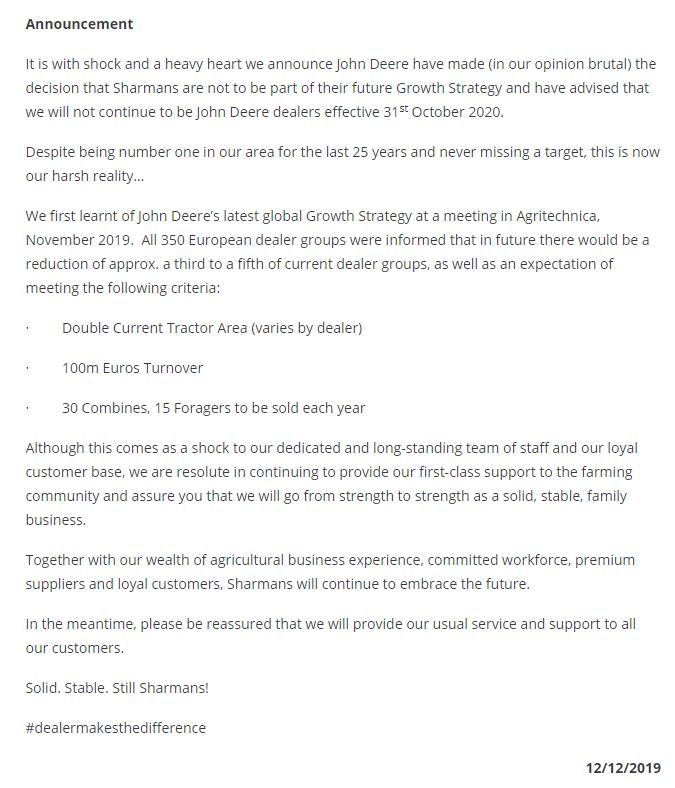 In the statement, the company describes John Deere's decision to serve notice on it as "brutal".

The statement claims that, at that meeting, "all 350 European dealer groups were informed that - in future - there would be a reduction of approximately a third to a fifth of current dealer groups".

Even here in Ireland, we’ve already seen a move (albeit on a somewhat different scale) toward larger and fewer dealers, with the remaining (enlarged) dealer operations each having multiple outlets. 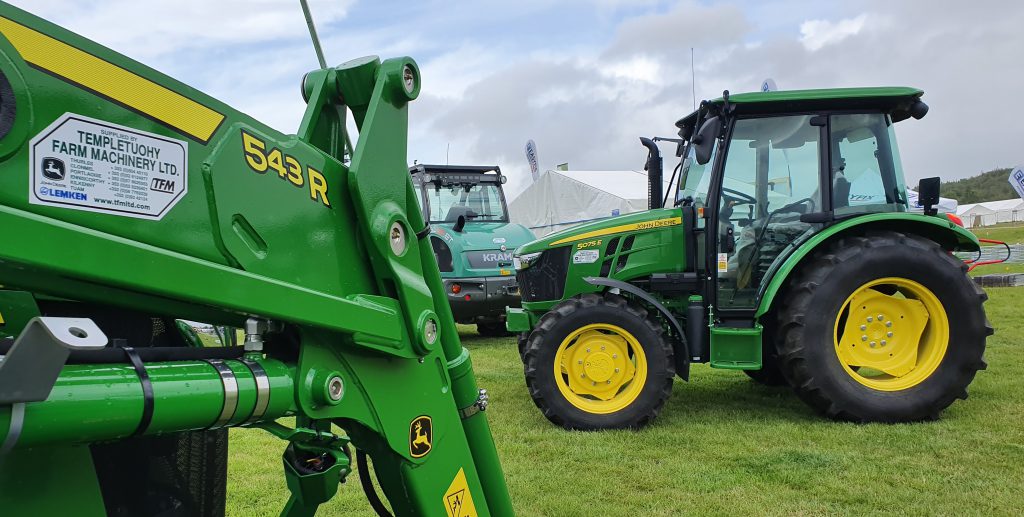 A prime example of this is John Deere dealer group TFM (Templetuohy Farm Machinery), which now covers a vast swath of the country (stretching from Wexford to Galway) through multiple depots.