This year marked a special milestone for Johnston Gilpin & Co - the John Deere agricultural and turf equipment dealership based near Lisburn in Northern Ireland. It celebrated 50 years in business.

In honour of the occasion the dealership team organised a two-day exhibition in November at the nearby Eikon Centre, showcasing current John Deere tractors and machinery, as well as some historic – and iconic – favourites. 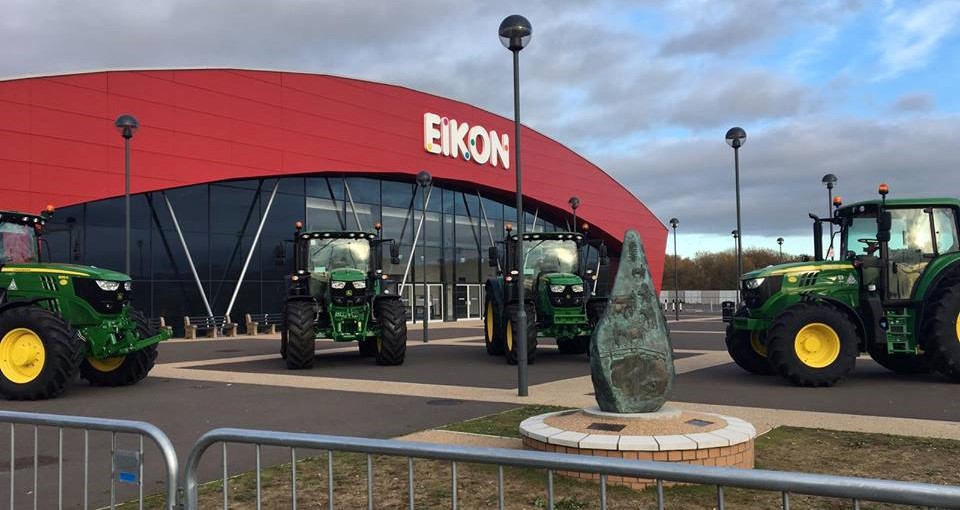 According to John Deere, over 4,000 existing and potential customers turned up.

Johnston Gilpin & Co dates back to 1968, when it was started by Donn McConnell on Waterloo Road, close to the location of the current dealership at Lisnoe Road.

Donn’s son Randal McConnell is now the managing director of the business, while Randal’s brother Neale runs the domestic grounds-care division at another site just a few miles away. 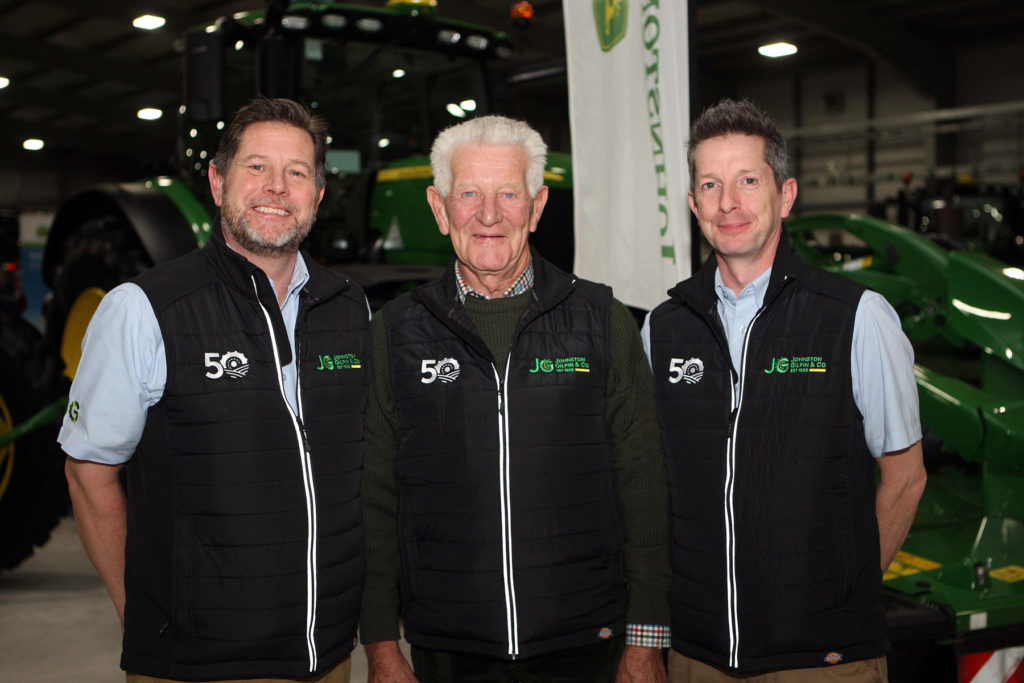 "It was a superb event and we are very pleased with how it all went," said Randal. "To see so many people come and support us was really encouraging and there were a few deals initiated that we will be following up!" 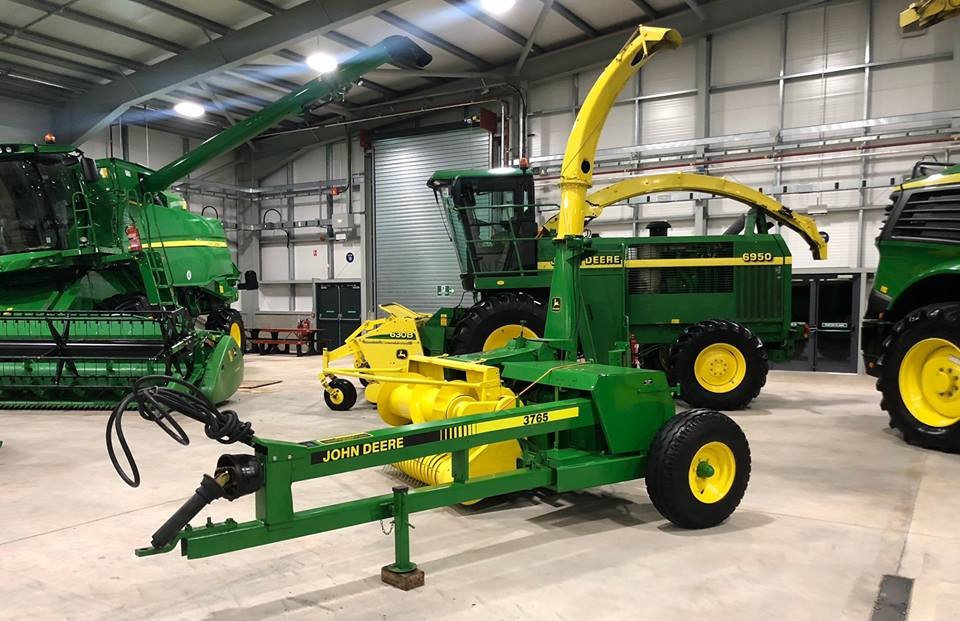 "My father is still involved in the business and comes in every day," Randal added. "He has taken a back seat over the last 10 years but still keeps an eye on things. He turned 80 this year, so it has been a big year for us all round."

Tractors of all shapes and sizes were a dominant part of the John Deere display at the anniversary event, alongside self-propelled forage harvesters, combines and a special new airless radial tyre.

"We had almost the full current agricultural tractor range from John Deere on display, right up to the monster 9RX four-track machine," said Randal. 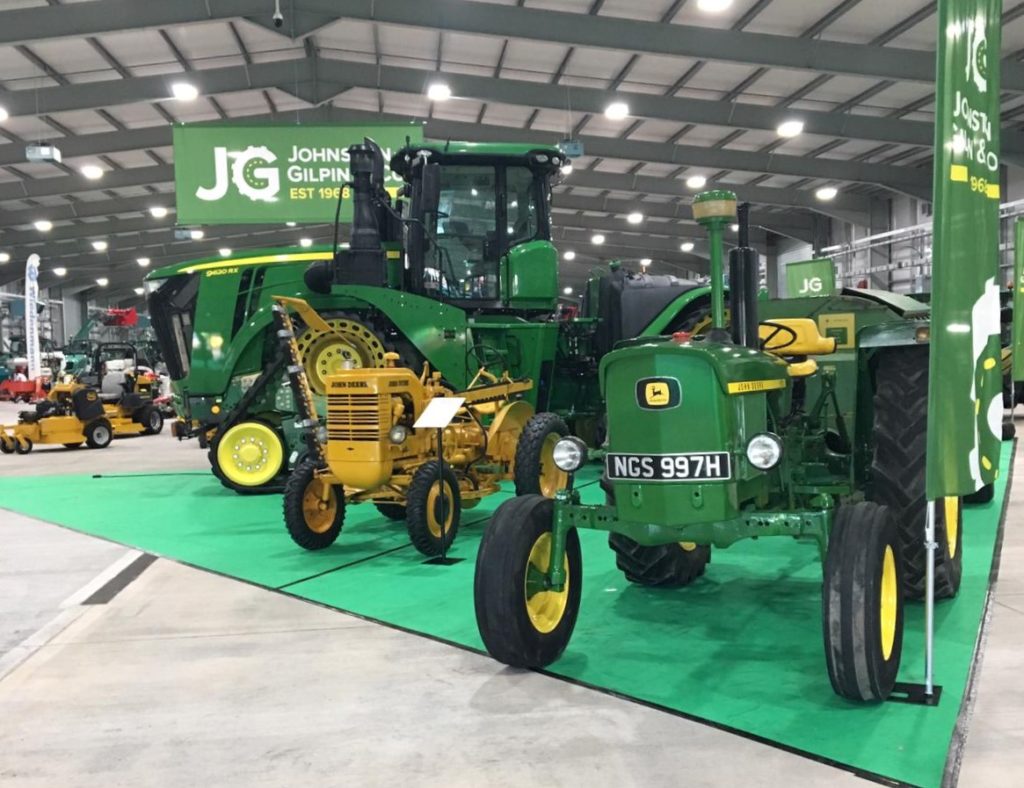 "We also launched the new 9900i self-propelled forage harvester in Northern Ireland. Among the other machines on display were combines, drills, compact tractors and the new X Tweel Turf puncture-proof tyres from Michelin, as featured on John Deere’s ZTrak 900 Series commercial zero-turn rotary mower range."

The aptly-named E-Zone included a demonstration of an electric-powered wheel loader from Kramer. 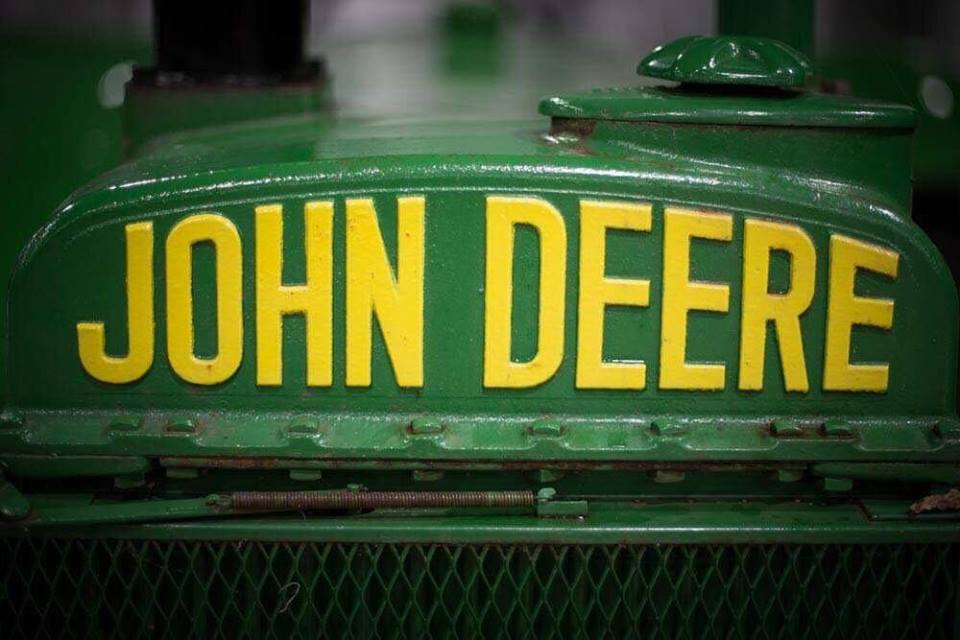 Another of the vintage and classic tractors on display was a 1951 John Deere Model B that belongs to the McConnell family and was restored around 15 years ago.

"This has been an important milestone for us as a company to reach," said Randal.

"For us to be trading successfully and indeed expanding in today’s volatile business climate is a magnificent achievement. We see this special anniversary event as a show of strength, a sign of our professionalism and the culmination of my father’s hard work and dedication to the John Deere brand over the last 50 years.

"We are very proud as a family and as a company to be one of the oldest John Deere dealers in the UK and the oldest in Ireland.

"This show was probably the largest single indoor dealer exhibition of its kind in the country and was an indication of our enthusiasm to grow the business even further and become the pre-eminent John Deere dealer for Northern Ireland."