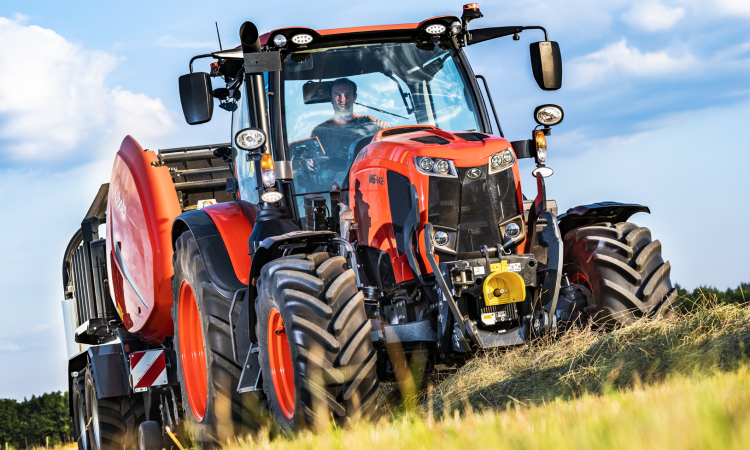 A rapid widening of its embrace of digital technology would appear to be the current focus of Kubota.

The company has recently announced that it has entered into a collaborative research agreement in the field of smart agriculture with Topcon Corporation and Topcon Positioning Systems Inc.

In a statement, Kubota explains the rationale of the move:

While global food demand continues to increase and labour shortages at production sites also remains a concern, there are increasing expectations for smart agriculture to improve work efficiency and productivity.”

Kubota has been involved in agricultural machinery for many years, while Topcon, according to the statement, “has been promoting the automation of farm operations through auto-steering, crop analysis technologies and digital transformation solutions”.

Cooperation is the key

The three companies believe that with their individual technical knowledge, they can collaborate on research and development in smart agriculture.

The emphasis is to be on the collection of agronomic data using various sensor technologies.

This is the field of expertise in which Topcon Corporation is involved. The division of the company seeks to further the automation of farm operations and the utilisation of Information Technology (I.T) to increase productivity.

Topcon Positioning Systems Inc. on the other hand, considers itself a leading designer, manufacturer and distributor of precision measurement and workflow solutions for, among others, agricultural markets.

Thus it would appear that both the software and hardware divisions of Topcon are going to work together with Kubota on increasing its capabilities in digital technology for farmers.

In a separate announcement, AgJunction of Arizona has confirmed that it has agreed to be purchased by Kubota in a cash deal worth around $73 million (some over £52 million).

The company is a “global provider of advanced guidance, autosteering, and autonomy solutions for precision agriculture applications”, which is more or less the same area of business as Topcon.

This deal would appear to duplicate the expertise that is intended to be derived from the liaison with Topcon.

However, in a recent address to shareholders, Kubota management suggested that they would be strengthening the company’s internal capabilities while seeking cooperation with established providers of agricultural I.T.

These two announcements would appear to be delivering on that promise. Kubota will now have a much larger in-house I.T team which can draw upon the knowledge base of Topcon to further boost its development of digital systems to match its competitors.