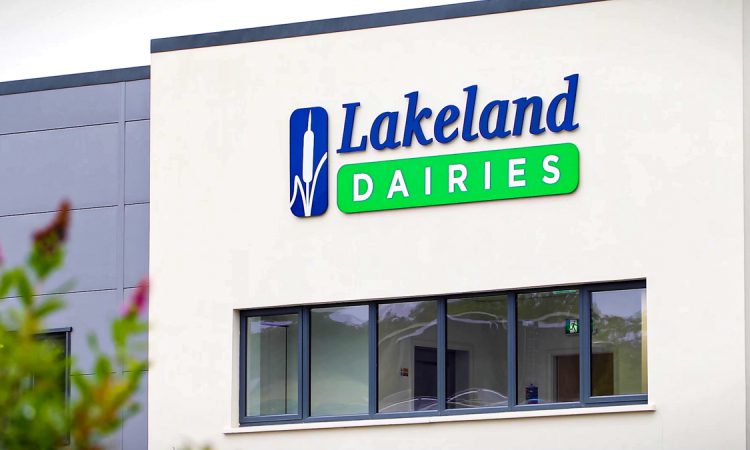 Farm families in counties Down and Cavan have been announced as the Lakeland Dairies Supreme Milk Quality Award Winners.

Describing the winning of a milk quality award as a “truly excellent achievement”, Lakeland noted that the winners emerged from among 3,200 farm families across 16 counties who produce milk for the 1.85 billion Lakeland Dairies milk pool.

For the first time in the history of the Lakeland Dairies Milk Quality Awards, joint supreme champions of the awards have been announced – one from Northern Ireland and one from the Republic of Ireland.

Stanley and Tanya Graham from Killeshandra, Co. Cavan, along with Sean, Shane and Stephanie Sloan from Kilkeel, Co. Down, have both been named as supreme champion.

The Graham family also took home the below-500,000L producer category in the Republic of Ireland.

Meanwhile, the Sloan family are winners in the over one million litre producer category in Northern Ireland.

Outside of the supreme champions, Lakeland Dairies also announced the winners in the other categories of the milk quality awards.

In the Republic of Ireland, Dermot Sherry from Drumhillock, Co. Monaghan, is the winner in the over-500,000L producer category.

Lakeland Dairies chairman Alo Duffy paid tribute to the award winners: “Despite the onset of the Covid-19 global pandemic, it is critical to recognise and reward the commitment of our 3,200 farm families to the highest standards of milk production, sustainability, hygiene, animal health and overall care for the environment.

“Quality is the building block of our entire business and I acknowledge all my farming colleagues for their continued commitment to excellence.”

Lakeland Dairies group CEO, Michael Hanley, said: “The global reputation and success of our business starts with every single litre of milk sent to us for processing and is therefore based on the dedication and hard work of the 3,200 farm families who we are deeply proud to have within our cooperative.

Our customers place the highest levels of trust in our credentials of sustainability, quality and reliability in meeting their needs for value-added dairy products.

“We are able to fulfil that commitment based on the excellent endeavours of our dairy farmers.”