The Annual General Meeting (AGM) of Lakeland Dairies heard today that the cross-border dairy co-operative has set an ambitious five-year target for sales.

Lakeland’s strategic plan has set a target of over £875 million (€1 billion) in “sustainable and profitable” annual revenues by 2021.

The AGM was reviewing the co-operative’s annual report for 2017, which reported profits doubling in just a year.

Advertisement
Over the year, milk volumes processed increased to over 1.2 billion litres. The figure reflects ongoing expansion among Lakeland Dairies’ 2,500 milk producers and a full year of milk supply from Fane Valley dairy farmers, following on from the acquisition of Fane Valley Dairies in May 2016.

Investing in the future

The co-operative has also retained Fane Valley’s milk powder and butter facility in Banbridge, Co. Down, which is said to “provide continuing flexibility and opportunities in relation to any potential Brexit outcomes”.

The efficiencies being achieved through all operations apparently enabled the removal of milk collection charges, with an overall reduction of costs of £4.4 million (€5 million) to milk suppliers annually.

Farmer-owned Lakeland Dairies operates across 15 counties on a cross-border basis, processing milk into a range of value-added dairy food-service products and food ingredients.

It’s understood that around 750 of its suppliers are based north of the border, with the rest based in the Republic of Ireland.

Lakeland has a portfolio of 240 different dairy products, which it exports to 80 countries worldwide. 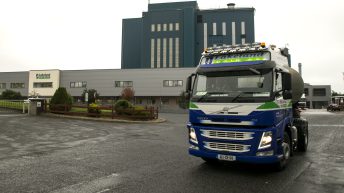 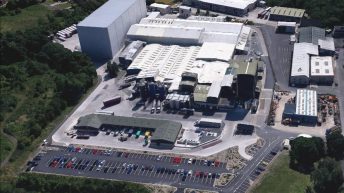 Operating profit more than doubles at Lakeland Dairies in 2017