Home » Dairy » Lameness: The not-so-hidden cost on a dairy farm

Lameness: The not-so-hidden cost on a dairy farm 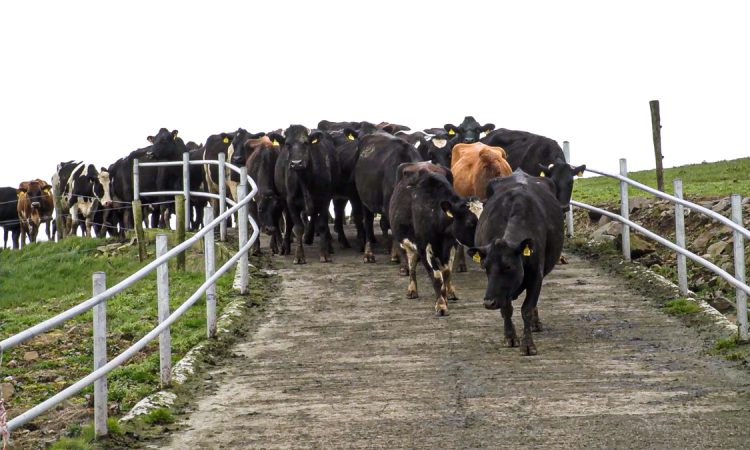 Lameness is a significant problem for the dairy industry as it is not only an important welfare issue, but can lead to reduced profits, according to College of Agriculture, Food and Rural Enterprise (CAFRE) dairy adviser, Judith McCord.

Judith said: ”The most common cases of lameness in dairy cows are linked to painful hind limb foot lesions, where sole ulcer, white line disease or digital dermatitis have been demonstrated as the predominant types.

”In the last 10 years, average herd size has moved from 75 to 95 cows in northern Ireland, with the average yield per cow increasing from 6,225L to 7,622L,” according to Judith.

”These higher yielding cows are at increased risk of all production diseases, including lameness, and high standards of management are essential to optimise their health and productivity.

”Each incidence of lameness has a direct effect on milk production in terms of daily yield – which can decrease significantly,” she said.

Judith continued: ”Yield loss due to lameness is seen more commonly in cows from second lactation onward, and it can become all too common for the potential of a high-yielding cow to be ‘lost’ when they become lame.

“Milk yield loss can start up to four months before being diagnosed clinically and can result in 550L of milk-loss over a lactation.”

“This is important information for assessing the economic impact of lameness, and also its impact on cow health,” she added.

”Lameness has underlying effects on fertility and cull rates of a herd. The additional stress can have a serious impact on ovarian function and follicular development, with the overall potential of poor cycling and ovulation.

”Chronic inflammation can be associated with increased service to conception rates – with lame cows nine times more likely to have an increased number of services – and [the] calving to conception interval can increase by up to 50 days,” she said.

“Lameness cost varies with the type of lesion and degree of severity. Treatment cost alone at £75 to £80 (approx. €90) per case of digital dermatitis is significant,” she stated.

“The overall cost of an incidence of lameness however, in terms of treatment costs, loss of yield and potential for shortened productive life of the cow, may be in the region of £330 or €380.

”When broken down, the average lameness case cost is £2.20 or €2.50/day/cow for every day the cow is lame. A mobility score is needed to work out the overall cost on a herd basis,” she concluded.