A new range of McCormick four-cylinder tractors was shown at last week's LAMMA show in England.

The McCormick X7.440 P6-Drive shown at the event (pictured above) - in 'Efficient' specification - is one of a three-model range of "higher-spec", four-cylinder tractors.

Maximum power outputs are from 141hp to 176hp, with 'power boost' on all models and a new, "slick-shifting" powershift transmission.

"Our stand at LAMMA 2019 makes a clear statement about how the McCormick range has developed. It is supported by independent dealers who put customer service at the top of their priorities," said Adrian Winnett, managing director of UK operations.

"While some manufacturers seek to control their dealers by pushing them to sell more tractors and equipment of a single brand, Argo Tractors champions independent dealers with a strong customer focus who are free to choose the best implement franchises for the farmers they supply."

The new Tier 4 Final versions of the McCormick X7.4 tractors come as simpler-spec Efficient or full-feature Premium semi-powershift versions. For more money, there are stepless transmission variants (in Premium specification only). 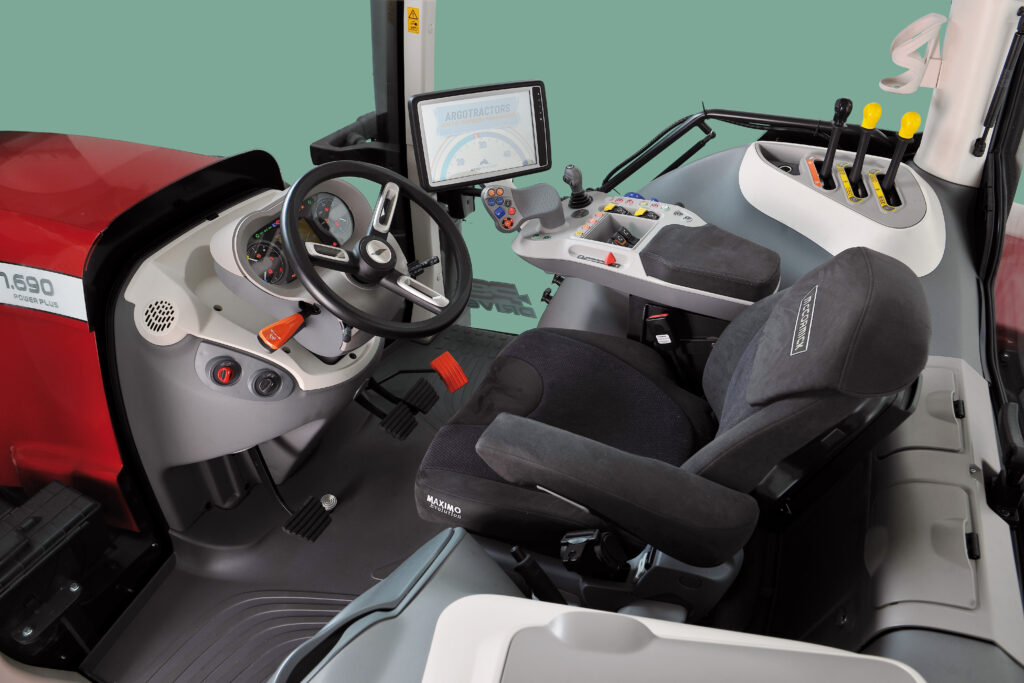 All versions are powered by 4.5L BetaPower engines from FPT Industrial, with an SCR and DOC emissions-control package for Euro Stage IV / US Tier 4 Final compliance. But there is no DPF soot filter, which on tractors with such a device requires an occasional fuel burn to clear ash deposits.

Performance with PTO-driven implements and when pulling trailers, tankers and spreaders has been given a lift, now that 'boost power' features on all X7.4 models.

The X7.440 has a maximum power output of 141hp for draft work, which automatically increases to 150hp under load in the upper gears – for transport applications and when a PTO-driven field implement is being operated.