According to Fendt, its 700 Vario series has been its biggest-selling range of tractors for several years. The manufacturer has now announced a package of updates.

However, it may be some time (i.e. next year at the earliest) before these are available here in Ireland.

This picture (above) shows the cab interior of the latest incarnation of these machines. A new multi-function joystick, for instance, now has added functions; the cross-gate lever has also been revamped (and now has a shuttle/reverser button). 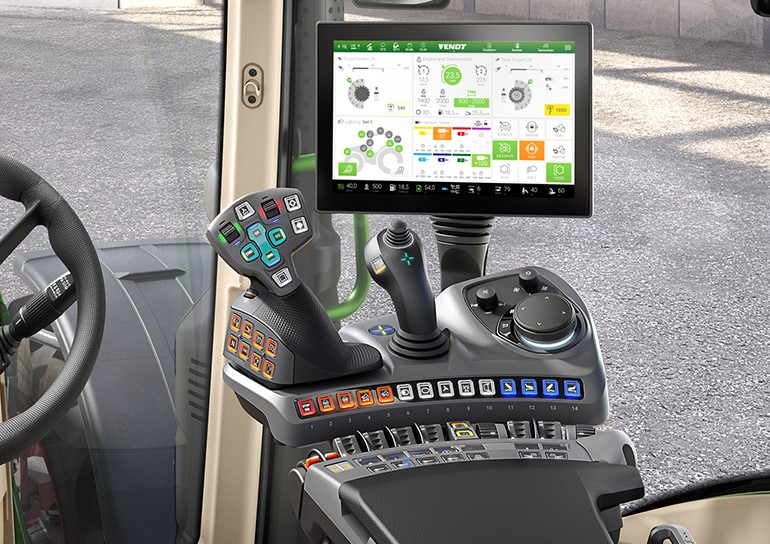 Colour-coding is used to help drivers "quickly find their way around and avoid errors".

The latest incarnation of the 700 Vario series also combines three display options with a central computer. These consist of a new 9in digital steering-column display (on the dashboard), a 12in terminal on the armrest and an optional 12in terminal positioned higher up. 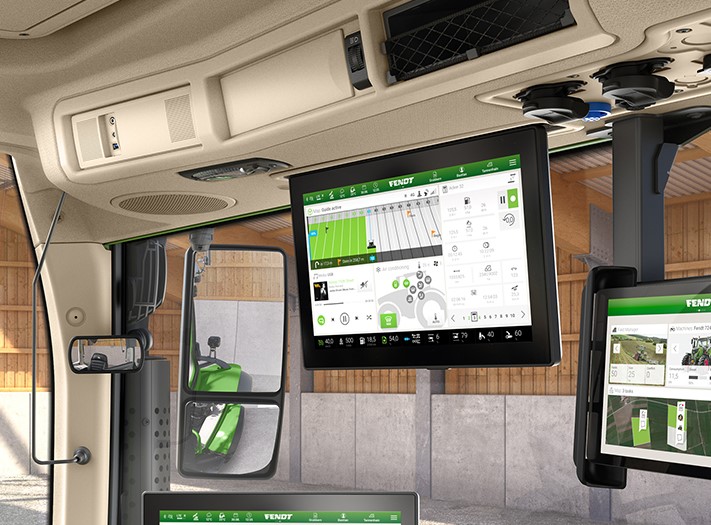 Up to six "freely configurable" display fields can be shown on the 12in terminals. Meanwhile, the dashboard terminal displays 'Fendt Guide' features and machine information needed for road travel; it's controlled using a push-dial on the armrest.

The 12in terminals can be operated via touch.

In addition, the so-called 'FendtONE' system will - in time - be offered on these tractors.

A spokesperson explained: "The Fendt 700 Vario [series] is the first tractor to connect the on-board world to the off-board world. FendtONE is a new end-to-end platform that works both in the tractor cab and in the office, or wherever you're on your mobile device. 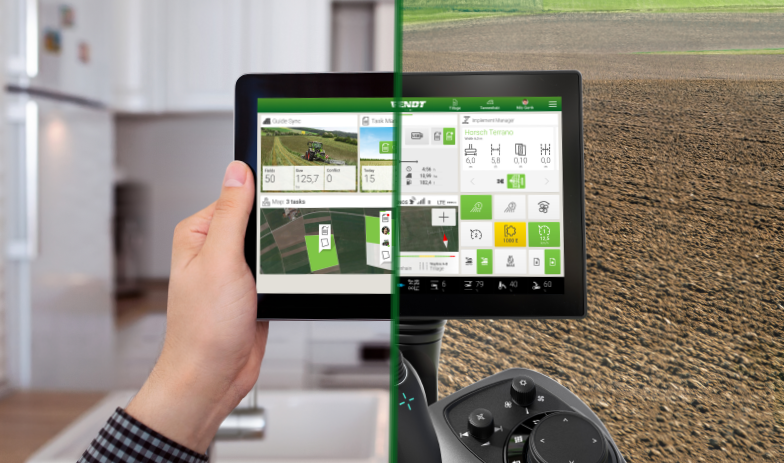 "It combines the familiar terminal-based operation of the tractor with a platform for tasks that are conventionally done in the office. The interface on the tractor terminal and online are consistent in their appearance, so you can easily find your way around.

"With FendtONE, you can plan tasks and field data on a computer or smart device wherever you are, then transfer them to the tractor using a mobile network."