A tractor drawing a trailer with 12 cows in it overturned at a roundabout in England earlier today, Tuesday, July 7, with emergency services quickly on-scene to free the battered bovines.

The incident occurred in Wadebridge, in north Cornwall, England, earlier this morning, according to the local fire brigade. Fortunately, no injuries to either man or beast were sustained.

"Firefighters from Wadebridge, Bodmin and a Flexi-Duty Officer responded to an overturned trailer at Ball roundabout in Wadebridge. 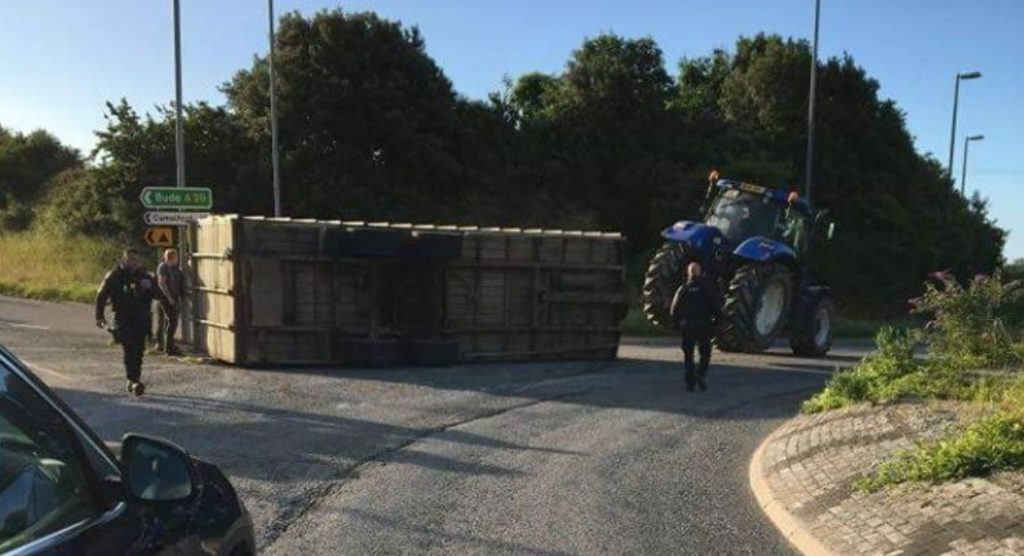 "On arrival the crew discovered no persons to be trapped but 12 cows within the trailer," the fire brigade.

The crew assisted with scene safety as the cows were safely transported from one trailer to another.

"Thankfully no cows were injured during this incident," the fire brigade confirmed.

Meanwhile, two men who were arrested following the theft of animal medication from a veterinary surgery in England have been released under investigation while police enquiries continue, local authorities have confirmed.

The burglary took place between 8:30pm on Monday, June 29, and 5:55am on Tuesday, June 30, at a veterinary surgery in Worting Road, Basingstoke, in the English county of Hampshire.

According to Hampshire Police, two men, a 36-year-old man and a 47-year-old man, both from Basingstoke, were arrested on suspicion of burglary.

Two men were later hospitalised – believed to be as a result of taking animal medication. One of the men has been discharged but the other, a 51-year-old, remains in intensive care, police added.
In a statement, Hampshire Police said:

“We are reiterating the warning that taking medications which are not prescribed for you, and are not intended for human use, can have a significant and serious effect on health.

“Anyone who has taken animal medicines or who knows someone who may have taken them, should seek medical help immediately."