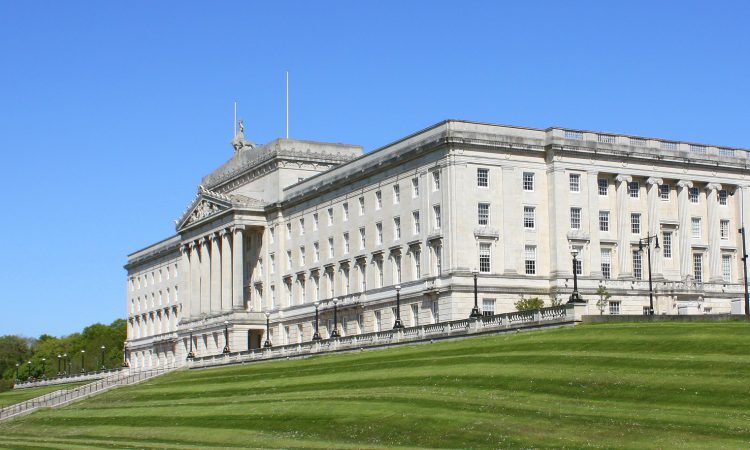 Livestock and Meat Commission (LMC) chief executive, Ian Stevenson, believes there is scope for politicians at Stormont to agree on a way forward, which allows for discussion on a single climate change bill for Northern Ireland.

Specifically, this would require a meeting of minds between the Green Party’s Clare Bailey and Agriculture Minister, Edwin Poots, who are both championing their respective approaches to climate change legislation at the Assembly. The end result of such a process would be the progression of a single climate bill to go through the various legislative procedures at Stormont, unimpaired. “We don’t need two climate change bills,” Ian Stevenson stressed to Agriland. “So the idea of all the parties getting round the table and agreeing the principles associated with a single piece of legislation makes total sense.

But, whatever climate change policy is eventually agreed, it must fully recognise the role that farming and food play at the very heart of the local economy.”

Specifically, the LMC representative views the carbon bill ‘net zero’ aspiration for Northern Ireland by 2045, espoused by Clare Bailey, as being fundamentally flawed. He explained: “In the first instance, such a target is not achievable. Moreover, any attempt to go down this road will fundamentally damage Northern Ireland’s farming and food sectors. “The implications of such a development are extremely significant.

There would be a significant haemorrhaging of jobs across the economy, while many rural communities across Northern Ireland would be dealt a very serious blow in terms of their long-term sustainability.”

In contrast, Ian Stevenson believes that the carbon footprint targets set out in Edwin Poots’ bill make sense in terms of where evidence and science predicts it is possible to get to, without causing harm to the economy and rural society of Northern Ireland.

In essence, these reflect the Balanced Net Zero Pathway principles put forward by the UK’s Committee on Climate Change (CCC) according to Stevenson. These envisage the UK, as a whole, reaching ‘net zero’ by 2050, with Northern Ireland securing at least an 82% reduction in greenhouse gases [GHGs] relative to 1990 levels, within this time period. Stevenson continued: “The CCC recommendations take account of the key role played by farming and food within the local economy.

Currently our farming and food sectors can feed between 10 and 12 million people. Northern Ireland has, rightly, been recognised as the bread basket of the UK.”

Looking to the future, Ian Stevenson believes that local farming and food can meet the challenge of climate change without having to reduce current production levels. He continued: “Farmers can secure much greater levels of efficiency within their businesses by making better use of the management systems and technologies that are available right now.

And new technologies are coming down the track. But no one should be under the illusion that attaining significant reductions in greenhouse emission levels within agriculture over the coming years will be easy.

“It won’t be. Farming and food is now on a journey, where climate change is concerned. And we need to see significant results being achieved over the next decade,” he added.

The LMC’s chief executive views the journey towards a significantly reduced carbon footprint for local agriculture as akin to that of plotting a course towards sustainability for every farm business. “There are so many things that famers can do right now to offset and reduce the carbon footprint of their businesses,” he commented. “They can grow trees on parcels of land that are best suited to the creation of new woodland, while also expanding the footprint of their hedgerows.

This leaves them the scope to improve the efficiency of production that can be achieved from land that is best suited to grassland and crop production.”

Stevenson made the comments in the run-up to the COP26 summit, which kicks-off in Glasgow on October 31.

He recognises that agriculture, in its own right, has not been singled out for discussion in the formal agenda for the event.

Advertisement
“But there is plenty of scope for the future of farming and food to be discussed in a very serious and strategic manner throughout the 13 days of the event, as negotiators focus on relevant topics such as transport, energy, finance, nature, adaptation, science and innovation,” he stressed.
Download Our Free App
Climate Change LMC
Loading Next Story