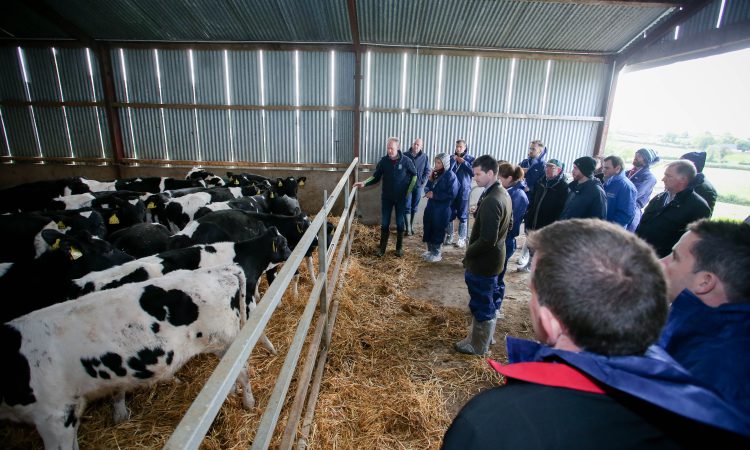 A Co. Down dairy farmerer has been selected as part of an EU programme to educate others in the industry about sustainability practices in the local dairy sector.

Visitors from across the dairy sector, banking, the civil service and politics gathered for a sustainable dairy farm walk, at Carrick House Farm, Loughbrickland to hear about sustainability practices in the local dairy sector.

Robert Bryson, a member of Dale Farm dairy cooperative, opened up his farm to 20 participants, showcasing his high-output grass-based grazing system, which is focussed on making the most out of the land available and makes Carrick House Farm an excellent example of environmental sustainability and lower carbon footprint practices. 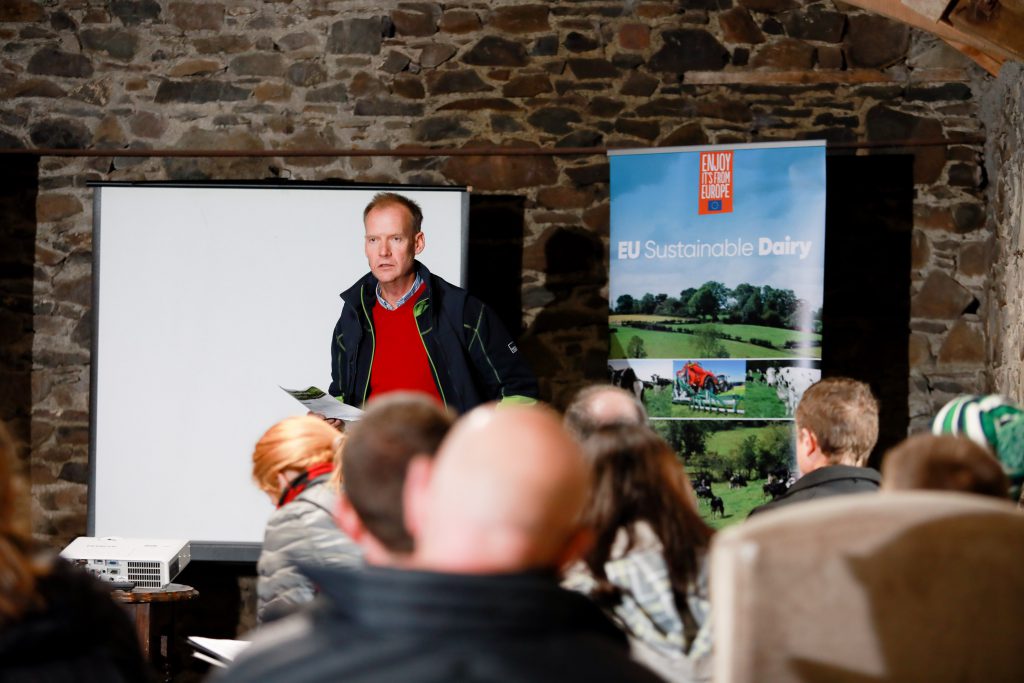 Robert Bryson said: “I operate a grass-based system, but a high output one.

“We’re targeting calving all heifers at two years old, which is both important for the environmental credentials of the farm, as well as the economic advantage.”

Mike Johnston, chief executive of the Dairy Council added: “There are several different effective farming systems employed in Northern Ireland. Robert’s farm is a brilliant example of a grass-based system which produces the high quality, nutritious milk that Northern Ireland is world-renowned for.

“By effective grassland management, and targeted breeding, he runs an efficient farm with a low carbon footprint.”

Robert is the fourth generation at Carrick House farm and farms 133ha, with a herd of 185 Holstein-Friesian cows.

His approach involves keeping the herd out at grass for as long as possible during the year. He also pays close attention to the herd fertility with the aim of raising a herd with high-performing genetic qualities to maximise their milk output.

With calving split across summer and autumn, most cows calve out at grass with no intervention.

Carrick House also aims to have some heifers calving as young as 21 months. It brings forward the first lactation period and has a positive impact on the environmental and economic credentials of the farm.

In line with the grass-based approach, cows are put out to grass as early as possible, targeting the end of February depending on conditions.

Bryson starts this with just two to three hours a day and increases through the season. The cows are out day and night by the end of March, irrespective of their calving status and milk yield.

Nick Whelan, group chief executive at Dale Farm, added: “Robert is a prime example of the first-class dairy farming that takes place in Northern Ireland. Farmers are using innovative techniques to reduce their impact on the environment and create efficient, sustainable farm businesses.

“As a dairy cooperative, sustainability is central to Dale Farm’s strategy, as we remain focused on supporting the businesses and land of our farmers, and those of the next generation.”