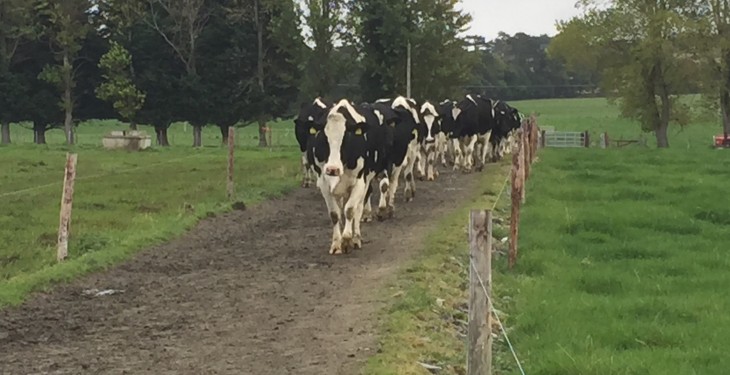 There is a strong link between body condition score (BCS) and cows’ predisposition to lameness, according to UK veterinarian Roger Blowey.

This association can be best picked up with freshly calved heifers coming into the milking group for the first time, said Blowey.

“If they are overly thin, then the digital cushion on which they walk will be likewise affected. And, as a consequence, these animals will be more prone to lameness-related problems. The same principle holds with mature cows.”

Blowey added that digital dermatitis, another cause of lameness, will impact significantly on dairy cow performance.

It is crucially important to prevent the disease from taking hold with heifers. These animals, if infected, will only serve to spread the disease to the milking group post-calving.

“In such cases farmers can only hope to contain the problem, not eradicate it.

“The same principle holds, where dry cows are concerned. In both circumstances, regular foot bathing is extremely important. Both pre-calved heifers and dry cows must also have access to dry, clean accommodation at all times.”

Blowey likens digital dermatitis to mastitis of the hoof.

“And the same principles of cleanliness must be adopted when it comes to handling hooves, as one would normally adhere to when handling teats in-parlour.”

For example, we know that the organisms causing digital dermatitis can live on knives. But the same also holds for gloves.

“The latest research has confirmed that the organisms causing digital dermatitis can live on the surface of rubber gloves for up to three days.

“It is important, therefore, for anyone handling hooves that may be infected to wash their hands between moving from one animal to the next.”

“As in teat dipping for the prevention of mastitis, it is clearly much more effective to foot-bath cows to prevent infection from becoming established on the foot than to wait until digital dermatitis infection is actually present and then hoping you can do something about it.”