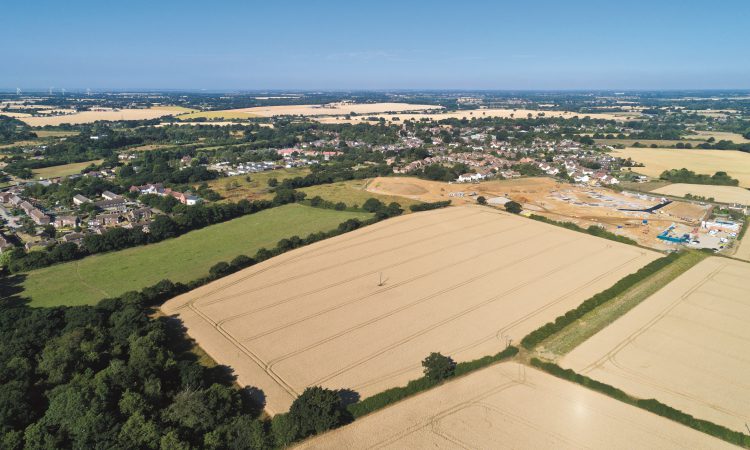 Farmland values rose by an average of 3% in England during the first six months of 2020 because of historically low supply and pent-up demand, according to latest figures from land and property specialists Strutt & Parker.

Analysis of the Farmland Database, which records the details of all blocks of publicly marketed farmland over 100ac in size, shows the average price of arable land sold during the first six months of 2020 was £9,400/ac, up from a 2019 average of £9,100/ac.

“Although the market was effectively paused during the coronavirus lockdown period, low supply and pent-up demand have helped to push up average prices,” said Matthew Sudlow, head of estates and farm agency.

The market sentiment at the start of the year was one of optimism following an end to some of the political uncertainty that had been slowing the market. These figures suggest that despite an unsettling few months the appetite to buy land has not been diminished.

Sudlow further explained that not all vendors will have benefited from a rise because, while 40% of land sold for £10,000/ac or more, there was also a rise in the amount selling for less than £8,000/ac.

“Prices continue to show huge polarisation ranging from a high of £17,500/ac to a low of £5,200/ac, with significant regional variation in prices and the range of prices within regions.”

The 23,000ac publicly marketed during the first half of the year was one of the lowest figures on record. Lockdown measures meant supply dropped to 50% of 2019 levels in March, 25% in April and 15% in May. It rebounded in June, but the total volume of land launched this year is still 50% down on 2019 levels.

In total, 79 farms were publicly marketed during the first half of the year, compared with 136 in the equivalent period last year. Only two farms bigger than 1,000ac have been launched and only a handful of farms larger than 500ac.

Ever since the “pause button” was released on the market in mid-May activity from buyers has increased, said Sudlow.

We are seeing new people entering the market to register interest in farmland, particularly lifestyle buyers, and others returning to focus on their searches.

“In most regions, our agents are now busier than they were 12 months ago, albeit in a market where supply continues to be suppressed. Some buyers are cautious of a second lockdown later in the year and are therefore wishing to buy now.”

Sudlow says it is difficult to make firm predictions about the coming months because there are still a number of uncertainties to be faced.

“We know there are some issues on the horizon which could result in some downside risk and even greater price volatility.

“Along with the inevitable global and national economic pressures as the year progresses, the UK is on the brink of implementing a new Agriculture Bill and Environment Bill and still needs to agree its post-Brexit trade deals, which could have a major impact on farm profitability.

Sudlow further went on to to say that, balanced against this, it is possible the market will “benefit from a rise in lifestyle buyers seeking a slice of rural life following their experiences of lockdown in a city”.

“Our agents are also fielding more inquiries from buyers interested in tree planting and implementing other environmental measures, hoping to lock into new income streams that are developing from the management and enhancement of natural capital.

“Our conversations with potential buyers also point to many seeing land as a safe asset class in which to invest at times of uncertainty – a trend we have seen in the past,” concluded Sudlow. 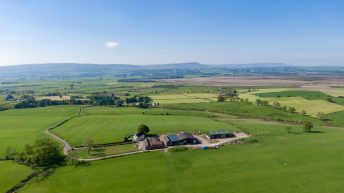 Attractive, compact and ring-fenced farm up for grabs in Stirlingshire