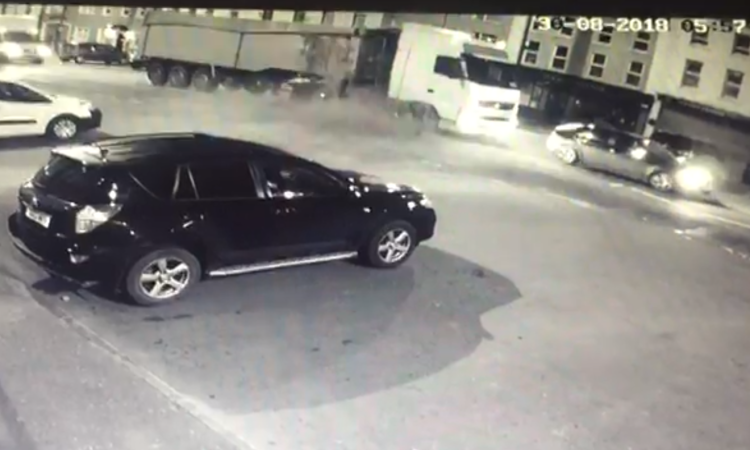 The town of Aughnacloy, Co. Tyrone, woke up yesterday (Thursday, August 30) to find its streets covered in a mess of “vile-smelling, thick slurry”.

A video has since come to light on social media of CCTV footage capturing the incident that led to the sludge spill.

The incident resulting in the mess apparently occurred shortly before 6:00am yesterday morning.

As can be seen the footage below, a lorry transporting the waste is driving through the town when the car in front of it stops suddenly, forcing the driver to step on the brakes.

The resulting sharp halt and momentum causes the lorry’s load to spill over the side of the truck, pushing past the cover.

The CEO of Aughnacloy company Butchery Excellence Ireland, Rhonda Montgomery, was one of the first witnesses on the scene of the town.

Speaking to AgriLand yesterday, Montgomery said: “At first glance, you’d nearly think that somebody did it on purpose; if it was an accident, why did nobody report it?

We have a ‘slurry’ over our town that is not normal farm slurry; it has a disgusting smell and it looks like some type of animal by-product.

Montgomery noted that her business has not been too severely affected, but other businesses in the town have had to close for the day.

She described the slurry as being “a cement colour and texture – heavy and thick with an unnatural smell”.