Home » Agri-Business » Milestone for Herdwatch with one million calves registered

Milestone for Herdwatch with one million calves registered 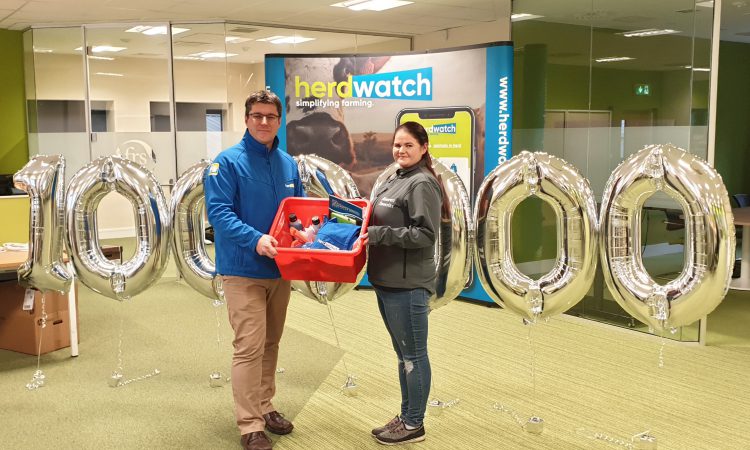 As of last Thursday, January 30, Herdwatch hit the “million” milestone.

The owner of the millionth calf was Sandra O’Grady from Scarriff, Co. Clare.

Sandra was the winner of a free 12-month Herdwatch PRO membership, a voucher from its partner in Dovea Genetics, an essentials calving kit from AgriDirect.ie and some Herdwatch goodies thrown in for good mix.

Commenting, Sandra said: “Since we started using Herdwatch in 2018 we have saved a huge amount of time on paperwork.”

Herdwatch product owner and Co. Clare native Gearoid Kenny said: “I am very proud to be part of the Herdwatch team, and even more proud that the first calf and the millionth calf were both from Clare!

“It shows Clare farmers are always at the forefront of farming technology,” he quipped.

To celebrate one million calves registered in the Herdwatch app, Herdwatch is running a competition where one farmer will win an 8ft X 5ft cattle trailer.

Those interested can enter by downloading the app and using Herdwatch to register one’s calves.

Each calf registration in Herdwatch will count as an entry – so the more calves you register, the more chances you have to win.

The competition closes on February 29 and is open to all Herdwatch members in the UK and Ireland.