Miller steals the show at Beef and Lamb Championship 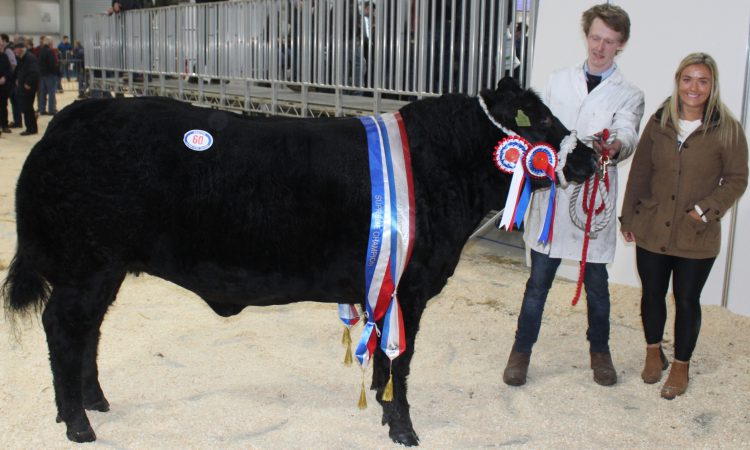 His British Blue champion – a 550kg crossbred heifer – made £5,400 in the ring. This was the highest price paid at the sale.

Vying for top position in the sale ring was his Limousin cross heifer. Weighing 650kg, she made just short of £5,000. Both were bought sight unseen by Mr. Stuart Perkins, from Bath in Somerset. No doubt, the animals will make valuable additions to the breeding potential of the Perkins’ herd.

The Supreme Champion of the Show, exhibited by the Smyth family from Newtownstewart in Co. Tyrone, made £4,400.

The Limousin cross heifer weighed in at 640kg. It was purchased by the Morning Star bar in Belfast.

Other top prices paid at the sale were as follows:

A Shorthorn cross heifer, weighing 550kg, and exhibited by Gordon Cutler from Enniskillen sold for £,3,000. He also received £2,050 for the Hereford champion at the event, a heifer weighing 550kg.

The Charolais champion at the event was exhibited by the Rodgers’ family from Ballynahinch in Co. Down. Weighing 600kg, it made £1,680 in the ring.

Robert Miller is a regular competitor at Balmoral Show and at many of the local shows held throughout the summer months. Over recent years, he has bred and exhibited an elite selection of commercial beef cattle with many bringing home overall show championship accolades.

Achievements of this nature do not come about by accident. So Robert fully deserves all the plaudits he is now getting on the back of his achievements this week.

Northern Ireland is now the place to find some of the UK’s most proficient commercial beef cattle breeders.

The last two years have seen farmers from the region take home the top silverware from the Agri Expo event, held in England. 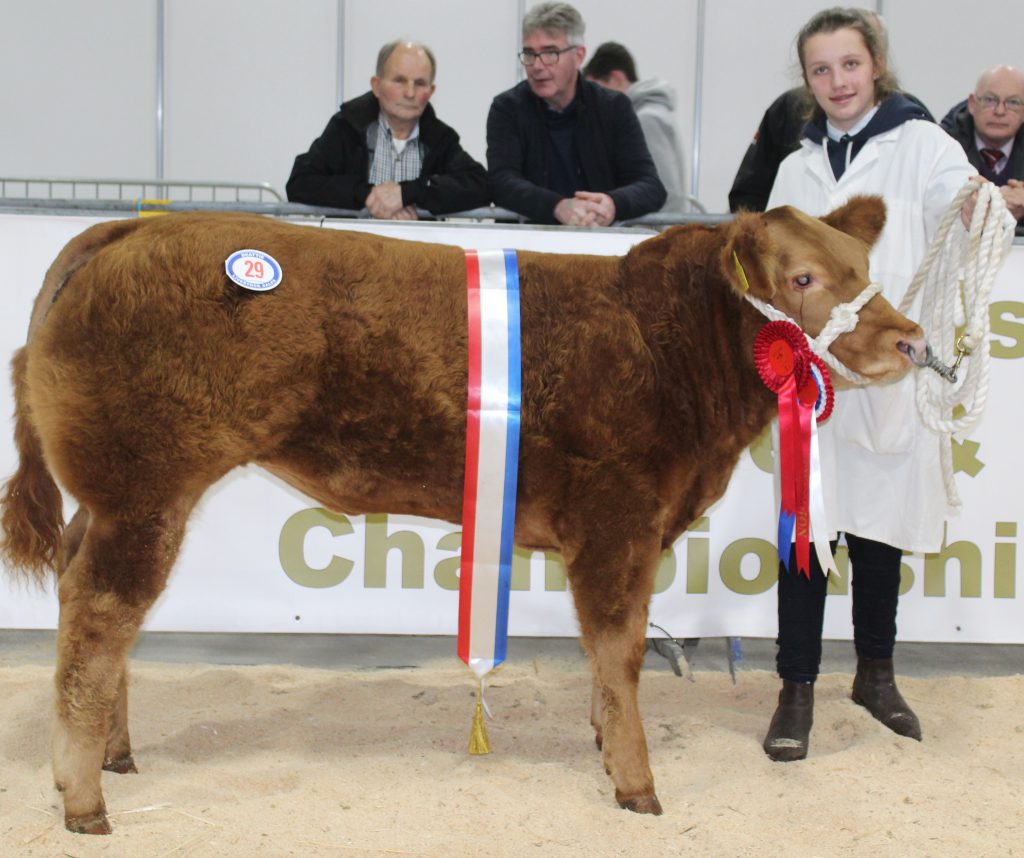 And to prove this was no fluke, it’s worth pointing out that the Workman family, from Larne in Co. Antrim, who swept the boards at the Expo in 2017 with their Blue cross heifer Bexy Boo, also won the calf championship at Balmoral this week.

For the record, the animal in question was withdrawn from the sale ring at £2,900.