Modern-day Montbeliarde: Building this herd from the ground up

High-yielding Montbeliarde cows and genetics imported from France, and modern robotic technology, will be the focus of an open day in Co. Tyrone on Thursday, September 27.

Organised by the Montbeliarde Society, in conjunction with Lely Center Eglish and Dovea Genetics, the event will run from 11:00am to 3:00pm.

Wilson’s 65-cow Sawl Herd is one of a small number of pedigree Montbeliarde herds based in Ireland.

Farming started as a hobby for former Greenmount student and civil engineering graduate Trevor, who now operates the pedigree dairy enterprise alongside a construction company.

The modern dairy unit was built on a greenfield site and is home to the milking herd and followers. “From the outset my main focus was to produce large volumes of milk with good compositional quality,” Trevor explained.

“My fondness for the Montbeliarde breed came when I attended a sale in England. I was impressed by the fantastic power of the cows – they looked so healthy and had excellent feet and legs.”

Trevor spent two days in France visiting farms and, with help from Montbeliarde genetic specialists Coopex, he sourced 33 in-calf heifers which were the foundation for the Sawl Herd.

A further 16 milking heifers and 15 maiden heifers were imported once the Lely Astronaut A4 milking robot was up and running in December 2016.

The original foundation females are now in third lactation and averaging 35L daily.

“Cows visit the robot on average 3.3 times per day, and the highest-yielding cows in the herd are producing 50L,” added Trevor.

The herd's total mixed ration (TMR) diet comprises of grass silage and wholecrop barley mixed with a 24% protein blend. Cows also receive a 20% protein nut in the robot, fed to a maximum of 11kg per head per day, depending on yield.

The entire herd is housed under the one roof, and heifers calve into the herd at 24 months of age. 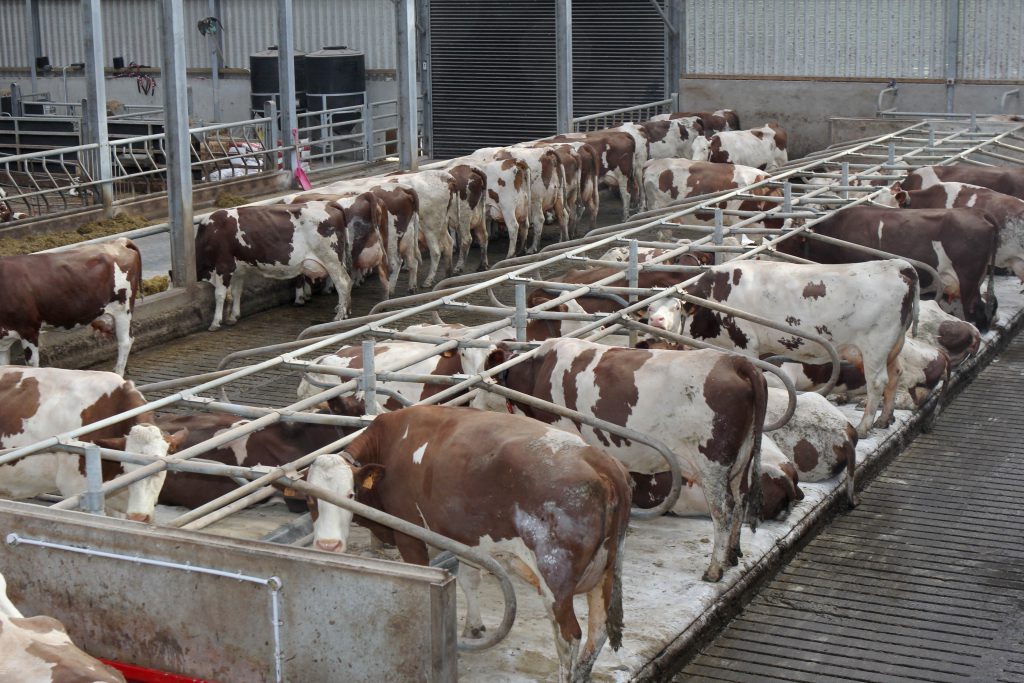 Trevor operates a year-round calving pattern with the aim of keeping 50 to 55 cows milking, and 15 dry.

He uses AI and is averaging 1.6 straws to conception. When it comes to breeding decisions he selects bulls that will maintain milk yields, improve components and further enhance health traits.

Coopex semen is sourced from local supplier Dovea Genetics, and bulls currently featured in the breeding policy include: the high-production and easy-calving Ioupy; the proven bull Hummer, apparently noted for ease of calving and milk; and Elastar, a proven sire with over 3,000 daughters in his proof.

“I’ve started to use more sexed semen,” explained Trevor, who has a ready market for heifer calves from repeat customers.

I keep a number of replacement females annually, and surplus heifers are sold at between three and six weeks old. Bull calves are also profitable - selling for up to £250 at three weeks of age.

Trevor works full-time and manages the herd with help from a part-time employee who works two days per week.

“Lely’s robotic technology is efficient and reliable, and I can keep an eye on things with remote access to the computer using my mobile phone." 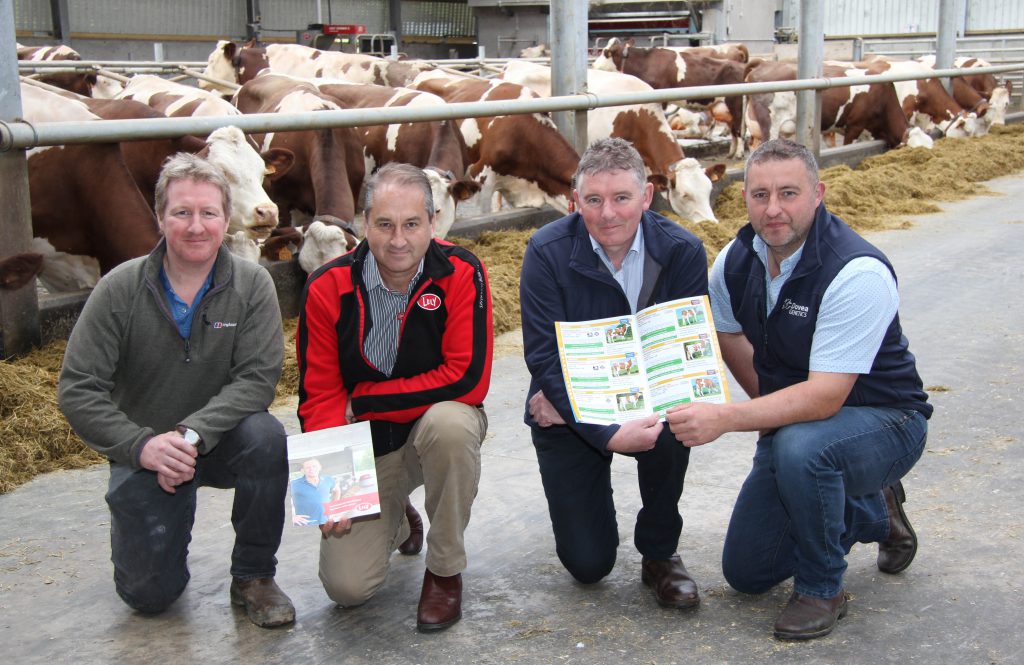 According to event organisers, visitors to the open day will have an opportunity to hear speakers from: the Mountbeliarde Society; Dovea Genetics; Lely Center Eglish; and FarmGate Nutrition.