Monsanto has abandoned its takeover offer to buy Syngenta, the company has announced.

Syngenta has communicated that Monsanto’s enhanced proposal did not meet Syngenta’s financial expectations, it said.

Monsanto had increased its offer to takeover Syngenta, valuing the Swiss company at around $47 billion.

However, Monsanto also said that it continues to believe that a merger with Syngenta would have created tremendous value for shareowners of both companies and farmers.

Without a basis for constructive engagement from Syngenta, Monsanto said it will continue to focus on its growth opportunities built on its existing core business to deliver the next wave of transformational solutions for agriculture.

Monsanto confirmed it communicated a revised proposal on August 18 to Syngenta to combine the two companies. The enhanced proposal, subject to due diligence and other customary conditions, included an increased cash component of the proposed transaction to CHF 245 per share.

The proposal also maintained the same number of shares as in its April proposal, providing Syngenta shareowners with an approximate 30% ownership in the new company.

Based on Monsanto’s share price and currency exchange rates at the time, the revised proposal translated to a value of CHF 470 per share.

Given the confidence the transaction would close and to provide additional protection from closing risk, the proposal increased the reverse break-up fee to $3 billion.

Monsanto said that the share-owners of the combined company would have benefited from substantial synergies, significant cash EPS accretion and attractive ROIC, as well as a responsible capital structure.

Monsanto will continue its focus on opportunities within its existing core business and resume the implementation of its approved share repurchase program as soon as practical.

In addition, Monsanto management today confirmed its confidence in delivering its five-year plan to more than double fiscal-year 2014 ongoing earnings per share by 2019. 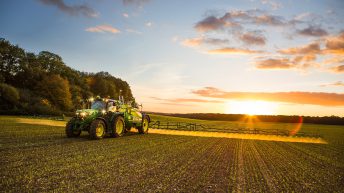 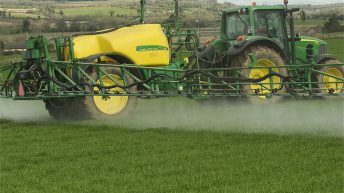