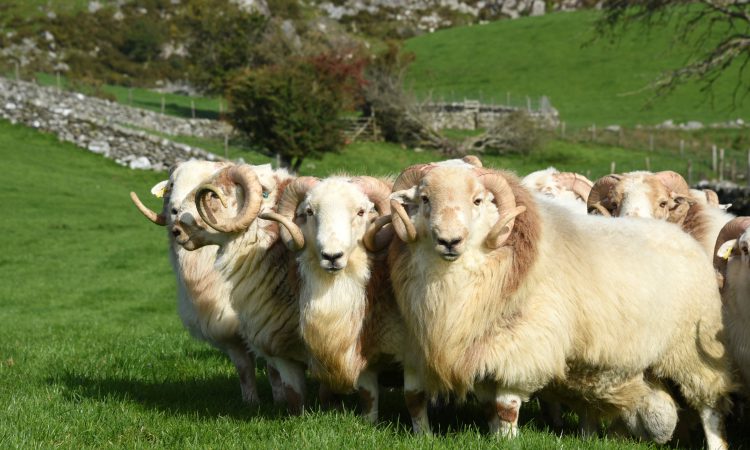 A scheme investing in Welsh upland sheep farming has launched a new initiative to support farmers in assessing the impact rams with high genetic merit can bring to a commercial hill flock.

It is one strand of the Red Meat Development Programme – a five-year Welsh government and European Union-funded initiative.

The aim of the Commercial Performance Flocks is to demonstrate the value of using sires with high genetic potential and monitoring the performance of the flock on farm.

Two farms are now part of this initiative and they will compare the lambs of a performance-recorded hill ram with that of an unrecorded stock ram.

This important element aims to evaluate the value of recording flock performance and the benefits of genetic improvement on a commercial sheep flock.

Ian Rickman farms Llandovery Whiteface ewes in Bethlehem near Llandeilo with his family. The farm is around 200ac, with common grazing rights on the Black Mountain.

Ian has previously performance recorded sheep on the farm and high index crossbred rams are used on ground sheep.

Being a Commercial Performance Flock on the Hill Ram Scheme will allow me to investigate the benefits of purchasing a high index ram and putting them to test in a commercial hill flock setting.

“My long-term aims are to produce faster finishing and heavier lambs off grass, without compromising the ewe flock.”

Rhodri Jones and his family farm at Brynllech, a beef and sheep farm in Llanuwchllyn. The farm rises from 900ft at the farmyard to 1,650ft at the top of Mynydd Brynllech, which is an enclosed mountain on the farm.

Generations of hill sheep breeding at Brynllech has meant that the Meirionnydd Welsh type thrives on the farm and is specialised to the local area.

“The Hill Ram Scheme has encouraged local breeders to start performance recording and this has increased the availability of high index rams.

The performance recorded ram we purchased from a local breeder was in the top 1% of the breed for his muscle depth Estimated Breeding Value [EBV] which was one of the key areas we wanted to focus on.

“We are excited to compare the performance of the rams and evaluate the carcass grades that are produced from both rams and look forward to increasing the quality of prime lambs whilst retaining the type and hardiness of the sheep.”