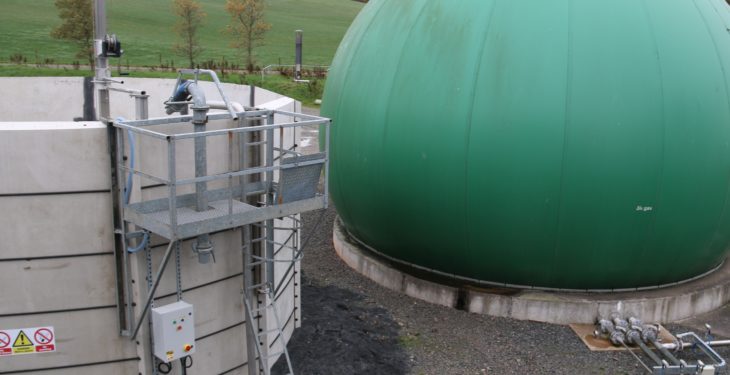 The “tide may be turning” for the UK’s anaerobic digestion (AD) industry, according to the head of the Anaerobic Digestion and Bioresources Association (ADBA).

Speaking at the UK AD & World Biogas Expo 2018, the world’s largest international tradeshow of its kind, ADBA chief executive Charlotte Morton said the last few years had been “challenging” for the industry.

“We’ve been operating in an environment of declining government support for renewable energy, with tariffs for renewable electricity and – until very recently – renewable heat steadily falling,” she said.

“There are, however, a number of reasons to believe that the tide may be turning and that AD in the UK has a bright future.

“First, despite significant delays, changes to the Renewable Heat Incentive (RHI) have now finally come into effect, providing the kind of tariff rates for biomethane production that we were seeing five years ago as well as new tariff guarantees that lock in these rates over a set period.

“This is bringing £150-£300 million of new investment to build a further 50 plus biomethane plants. And whilst the current RHI scheme is due to close by 2021, the urgent need for more biomethane is resulting in calls from the Committee on Climate Change for the Government to put in place a replacement before the end of this year.

‘Light at the end of the tunnel’

“There is also good news on the food waste side of the industry, with the European Union’s Circular Economy Package having come into force just last week.

“One of the key elements of the package is an obligation for EU Member States to bring in separate collections for biowaste by December 2023. We fully expect the UK to adopt these targets in the Resources and Waste Strategy due out later this year.

“Finally, there is considerable investment coming into the AD sector as part of an industry consolidation that involves refinancing and upgrading existing on-farm AD plants to improve their performance.

“This is expected to require £300 million of opex [operating expenses] across the industry per annum by 2020.

“So there’s a huge light at the end of the tunnel if we can just keep going through these tough times.”

The number of new AD plants being built has been falling in recent years, constraining the ability of the industry to help meet the Government’s decarbonisation goals across heat, electricity, farming, waste, and transport.

ADBA’s latest market report shows that AD in the UK is currently reducing emissions by 1% per year but has the potential to reduce emissions by 5% if the industry reaches its full potential.

UK AD & World Biogas Expo 2018 was jointly organised by ADBA and the World Biogas Association (WBA) and brought together AD and biogas professionals from around the world to discuss the latest developments and innovations in the industry. 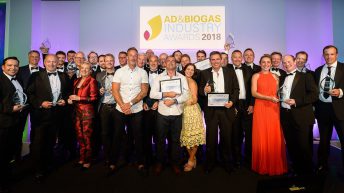