Coulman was elected at the TFA AGM on Thursday (March 8).

The new officer team for the TFA will serve a period of three years until March 2023. Those elected include:

With most rent reviews requiring either the landlord or the tenant to serve notice 12 months in advance, tenants with spring rent reviews need to be thinking about acting now.

The TFA has already called for landlords to consider waiving or abating rents paid by tenants in view of the extreme wet weather experienced over the past few months.

Speaking at the Annual General Meeting of the TFA today in London, Mark Coulman said: “The lack of winter and spring crops in the ground is of major concern.

“Many farmers having had a relatively good harvest in 2019 are looking at losses in the year ahead. That is why the TFA has called upon landlords to consider offering rent abatements to affected tenants.

It is only right that landlords should share the financial burden in the year ahead, rather than expecting to be in receipt of the same level of rent as they had been used to in more normal conditions.

“I am also urging tenant farmers to seek formal rent reviews given the prevailing economic conditions and the future direction of travel for Government policy.

“This will see a ramping down of direct payments whilst new environmental schemes are launched,” said Coulman.

Not only are arable farmers facing major issues but returns in the dairy and beef sectors have been under severe pressure.

This is likely to continue for some time. Although, the sheep sector was spared the expected financial hit which could have occurred if European export markets had become inaccessible following Brexit.

This threat remains as we head towards the end of the transition period with the EU in December of this year.

With margins already under pressure and the major uncertainty in our trading, policy and wider economic environments, it is essential that tenants act to get rents down.

“This includes making sure that tender rents on new farm business tenancies are set at more sensible levels than we have seen in the past.

“Farmers tendering for land must take a measured approach. There is no room for foolish optimism. This not only damages the individual farmer but impacts others through the use of those rents as comparables in other farm rent reviews,” said Coulman.

Mark Coulman, has been a TFA member for over 20 years, serving as East Midlands regional chairman, national vice-chairman and now chairman on the retirement of James Gray in March this year.

Having graduated in Agriculture and Food Marketing from Newcastle University, and undertaken consultancy roles and sales and marketing roles within the agricultural software industry, Coulman returned to the family farm in 1993, succeeding as a tenant in 1997.

Farming 235ha of arable land, cropping wheat, rape, sugar beet, peas amongst other things, as well as flower growing which diversified into a successful flower import, packing and distribution business.

Coulman has managed several diversified businesses and believes in the ability of farmers to be successful entrepreneurs.

Currently, the farm is involved in developing a care and social farm enterprise, providing opportunities for adults and children dealing with challenges to improve their health and well-being.

The opportunity to develop this offer within the ‘public money for public goods’ framework is a particular interest.

Mark is a firm believer in the ability of the tenanted sector to deliver successful, sustainable farm businesses which both produce quality food and environmental sustainability for the good of the wider rural community. 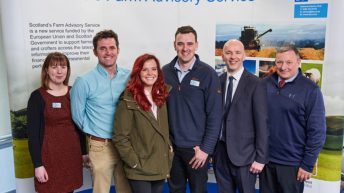