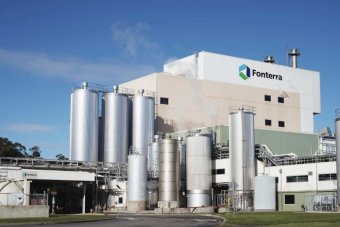 Police in New Zealand have revealed that a threat has been made to contaminate infant formula and other dairy formula in a move aimed at blackmailing the government into outlawing a divisive pesticide use in the country.

The revelations were made today at a press conference where it was revealed that letters sent anonymously were received last November – with a series of investigations under way since.

Fonterra and Federated farmers received these letters, accompanied by packages of contaminated milk powder which contained levels of 1080 concentrate.

The pesticide 1080 (sodium fluorcetate) is a poison widely used by New Zealand’s Department of Conservation as a control method of introduced pest species such as possums and rats, according to Eddie Phelan, an Irish UCD student currently on placement on a 500-cow farm located in Canterbury.

Eddie said that on the ground, there is unease among dairy suppliers, with memories of the global recall of New Zealand dairy products in 2013 not to distant a memory, which resulted in the resignation of Fonterra’s Gary Romano, Managing Director of New Zealand milk products.

International market relations are definitely a worry for farmers as these revelations continue to be made, with a necessity for a swift, effective course of action required to allay any further fears, Eddie says.

The letters contained a threat to contaminate further supplies of infant and dairy formula by the end of March if the use of 1080 was not withdrawn previous to this, with the letter also stating the threat would be made public if demands were not met, police said.

Primary Industries Minister, Nathan Guy has reassured the public stating that since last November when the threats were received, over 40,000 thousands milk powder samples have been collected and tested for traces of contamination.

“What that has confirmed, as we suspected, there are no traces of 1080 in any of our infant formula or other formula products”, he has claimed in a bid to qualm any unease in consumer confidence.

A number of lines of inquiry are being pursued by police currently with information being requested from the public.