With a limited home market of only 4.7 million people, roughly the same as the Republic of Ireland, about 95% of dairy production in New Zealand goes to export markets.

Rising exports have supported the growth of the industry, although recently production has stalled at around 21bn litres/year, limiting growth of export volumes.

According to AHDB Dairy, further growth in New Zealand milk production will be constrained by the availability of land and environmental pressures around water quality and nutrient management.

According to its Trade Envoy, Mike Petersen, the limitations on production growth means the New Zealand industry needs to shift its focus towards increasing the value of exports, rather than pushing for higher volumes.

Currently, Kiwi exports are dominated by commodity products such as whole milk powder (WMP), skim milk powder (SMP) and butter – which have historically accounted for 80-85% of all dairy export volumes.

In the last five years, the contribution of milk powders to the value of exports has been gradually declining. At the same time, the value of butter and cheese exports have been rising, despite these product representing a smaller share of the volume of exports.

Advertisement
This has generally come about from the growing appetite for butter and cheese in Asian markets, including China, where New Zealand already has strong trade links.

Meanwhile, The overall price index recorded at the latest Global Dairy Trade (GDT) event decreased by 5.0%. This follows a 1.2% decrease at the previous GDT.

Whole milk powder (WMP) accounted for roughly half of the product sold, while skimmed milk powder (SMP) makes up for a quarter of the total volumes sold. 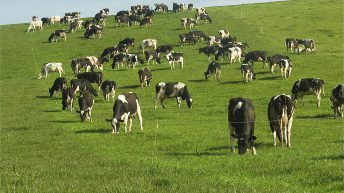