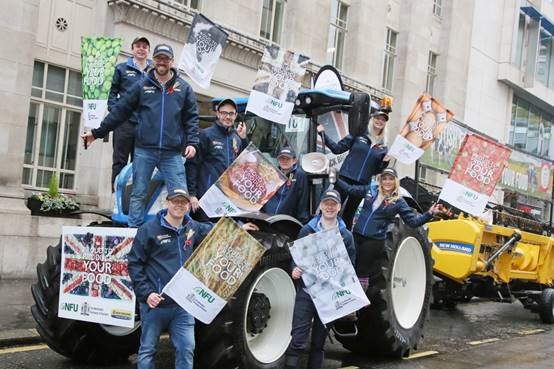 The NFU has launched a new Student & Young Farmer Ambassador Programme, which offers the chance for young people to put their own stamp on the future of British farming.

The programme is designed to give the upcoming generation an opportunity to build their knowledge and become an influential part of the industry, all while receiving the core skills they need to promote themselves and British farming.

Between eight and 12 young people will be chosen to represent the organisation for one year.

Advertisement
The ambassadors will represent the NFU at various events over the course of 12 months, including the Lord Mayor’s Show, NFU Conference and a trip with Student Farmer – the NFU’s student magazine.

NFU next generation forum chairman Simon Gadd said: “The Ambassador Programme is a fantastic opportunity for young people, from both farming and non-farming backgrounds, to get stuck into an industry that is both incredibly challenging and incredibly rewarding.

With new technologies constantly changing the farming landscape and with Brexit on the horizon, it’s never been a more exciting time to think about the future of British farming.

“I urge all students and young farmers with a vested interest in farming and rural affairs to apply, and experience whole new aspects of the agricultural industry.”