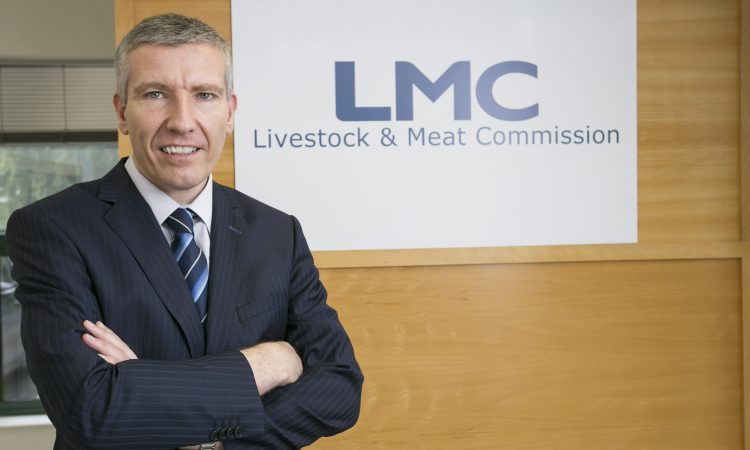 The Livestock and Meat Commission (LMC) recently submitted oral evidence to members of the Stormont Agriculture, Environment and Rural Affairs (AERA) committee on the content and potential impact of the Northern Ireland Climate Change Bill (No.2).

This draft legislation was recently introduced to the Northern Ireland Assembly by the Department of Agriculture, Environment and Rural Affairs (DAERA) in conjunction with agriculture minister, Edwin Poots.

The key message delivered to the AERA committee by all the groups making up the delegation, was that the recommendations and targets contained within the ‘executive’ bill are based on the scientific facts as we know them to be today.

“They also allow scope for the continued sustainable development of the farming and food sectors here in Northern Ireland.

In total contrast, the over-arching target of NI ‘net zero’ by 2045, set down within the Private Members’ Climate Change Bill, which was previously introduced at Stormont, will act to erode our farming and food base for no good reason.”

The targets contained within the Executive Climate Change Bill would see the greenhouse gas (GHG) emission levels in Northern Ireland dropping by at least 82% over the next three decades, as the region’s fair contribution to the overall target of UK ‘net zero’ by 2050.

“This is still a staggeringly significant challenge but is an ambition that our industry is up for,” Stevenson added.

“It’s hard not to underestimate the change that will be effected within all our farming sectors to make this happen.”

The LMC representative went on to point out that all sectors of farming, even those focused on crop production, generate a carbon footprint.

He further explained: “The challenge that lies ahead will be met by a combination of driving efficiency at farm level, and making best use of the technical solutions that become available, where climate change mitigation measures are concerned.

We know about the scientific breakthroughs that have been made over recent years. And it is to be hoped that this work will gather further momentum during the period ahead.”

But whatever the detail of the final climate change legislation agreed for Northern Ireland is, Ian Stevenson points to the need for real action to be taken and incentivised as a matter of priority.

He commented: “In truth, we are already on the journey towards 2050. But we need to see real targets and action plans put in place. Initially these will take us through to 2030. Thereafter, it’s a case of agreeing incremental change on a regular basis.”

Stevenson went on to point out that leaving the subject of climate change in abeyance until closer to 2050, and then working on the basis that a quick fix can be agreed that will see real change effected within a short period beforehand, would be sheer ‘folly’.

He added: “The farming and food sectors are up for real change, where their response to climate change is concerned. And it is imperative that members of the general public are made aware of this fundamental fact.

“But the climate legislation implemented must be grounded in scientific fact. This is certainly the case where the proposed DAERA bill is concerned, the principles of which, the agri-food industry supports.

The same cannot be said for the Private Members Bill sponsored by Clare Bailey.

“All the food industry groupings in attendance had a very constructive debate with the members of the AERA committee on the issues pertaining to climate change.

“It was made very clear to the politicians that through working in genuine partnership, it is more than feasible to have a sustainable farming and food industry here in Northern Ireland, while not eroding our production capacity at the same time.

“The point was also made that enacting realistic climate change legislation is a priority,” he concluded.