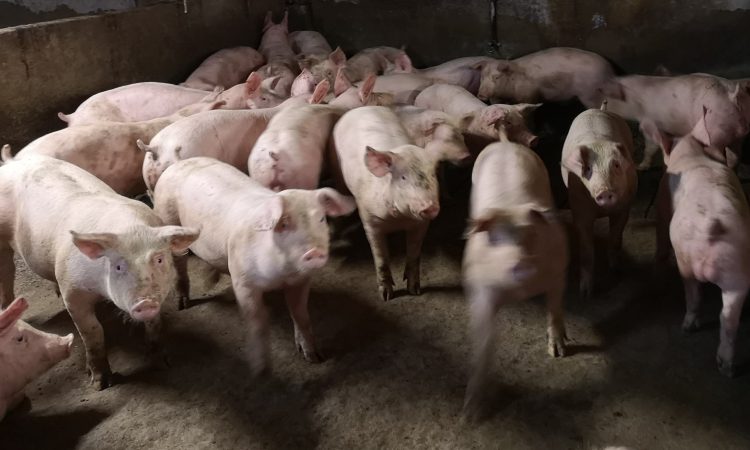 Several piglets are said to have died after vegan protesters raided a Co. Antrim farm taking a pig on Tuesday morning (January 14).

Speaking to AgriLand, a source close to the farm, who wished not to be named, said the weaner which was taken was a favourite among the farm’s staff and was “held to ransom” by protesters.

In other incidents, similar extremist groups have been known to break into carcass skips to film and photograph dead pigs. It is unclear whether similar tactics were used on the farm in Co. Antrim.

It’s also not uncommon for piglets to be crushed during protests as sows react to the stress of several people entering what are often temperature-controlled sheds.

“I think they targeted the farm because it’s an older, family-run farm with just a few employees. It doesn’t have the level of security that a bigger farm would have,” the source said.

The protesters staged a sit-in staying on the farm from 4:30am until just before 7:00am. It marks the first time a farm in Northern Ireland has been targeted in this way.

“This is a small minority of people that want to cause mayhem, killing pigs as they go. In England, they often stand outside abattoirs getting up close to pigs as they come in. They could kill every pig on a farm if any of their clothes are carrying bacteria of the wrong disease,” he said.

‘The pig was held at ransom’

“The workers at the farm are very upset and quite annoyed about what has happened.

“They [the protesters] were not given the pig. The family was held at ransom and told they would not leave until they got what they wanted. I think they picked it as a mascot because it was friendly and would look good in the photos.

“They weren’t prepared for a pig at all. They had no food or straw for it; they just tossed it into the back of a car.”

As pigs’ diets are carefully put together by nutritionists, it’s likely the animal will lose a lot of condition without its normal diet.

It comes as controversial Channel 4 programme ‘How to Steal Pigs and Influence Others’, which aired on Tuesday night, appeared to show two piglets stolen from farms by vegans died shortly after.

The programme showed some vegan influencers are now stealing livestock from farms in the hope they can exploit them on social media for financial gain.

A spokesman for PSNI said enquiries into the incident are ongoing as police continue to work with partner agencies to establish if any criminal offences have occurred.

Red Tractor has suspended the farm from the scheme while an investigation takes place.

The Department of Agriculture, Environment and Rural Affairs has also confirmed it is investigating claims made about the farm.

The Ulster Farmers Union said it recognises that animal welfare is an important issue but cannot condone the tactics used in this case. Nor does it believe that the claims in any way reflect standards on family-owned pig units across Northern Ireland.

A spokeswoman said: “As a body representing farmers, the UFU will never condone or seek to justify poor animal welfare standards. It has discussed this case with DAERA and the body that certifies standards in the industry. The UFU backs any official investigation undertaken on legitimate animal welfare grounds.

“If what has been claimed proves accurate, the UFU will not seek to justify it. But it cannot accept the tactics of breaking into a farm, causing fear to individuals and seeking to hold them to ransom for a publicity opportunity can ever be justified.

The end justifies the means defence simply does not hold water. If there were legitimate concerns there are avenues through which these could have been raised.

“The protesters demonstrated a lack of real knowledge of the consequences of their actions. Protesters landing on-farm has welfare impacts, particularly in the farrowing house, where they risk causing abortions or stillbirths or triggering sows to panic.

“Animal welfare legislation exists for sound reasons; if rules are broken farmers must face the consequences. But that must be via official channels such as phoning these welfare concerns through to a DAERA direct office which would have resulted in an immediate welfare inspection of the farm, and not from grandstanding activists on social media.”