No promises over post-Brexit labels for food imports in NI 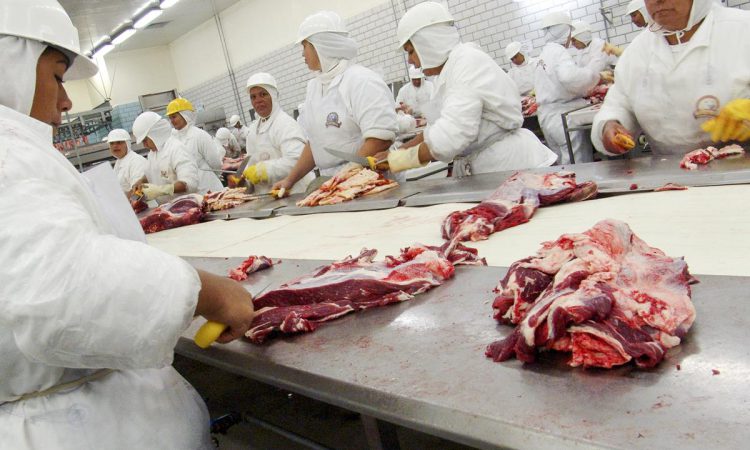 Northern Ireland Agriculture Minister Edwin Poots has indicated he will not push for increased food labelling to differentiate food imports on supermarket shelves.

Speaking in response to Ulster Union MLA Steve Aiken’s question on the issue during his most recent Minister’s Questions, Minister Poots said he hoped to establish Northern Irish food as a ‘Rolls Royce’ brand so that it would no longer have to compete with low-cost markets.

MPs voted last Monday (October 12) over an amendment to the Agriculture Bill made by the House of Lords to ensure trade deals would meet domestic animal welfare and food production standards.

The amendment was supported by those in the farming community but was ultimately defeated by a majority of 53.

It was seen as many as the last chance to protect local farms from having to compete with cheap international imports.

‘The Rolls-Royce of food’

During Minister’s Questions, Aiken asked Minister Poots if he planned on introducing new labelling rules to allow producers to “demonstrate that Northern Ireland food is of a much better standard”.

“There already is extensive food labelling and it is a matter that we are continuing to engage with the Food Standards Agency on,” Minister Poots said.

It is my desire that Northern Ireland product, which is already produced to standards which are exceptionally high, is something which we can have the highest standards on – in terms of provenance, traceability, animal health, animal welfare, and environment.

“And I think if we can do that, we can sell brand ‘Northern Ireland food’ right across – not just the UK and Europe – but the entire world, as being something which is a Rolls-Royce of food produce.

“Consequently, we need to concern ourselves less with cheap imports because the public will know if they buy something with ‘brand Northern Ireland’ on it, they are buying something which is of the highest standards in every aspect of production.”

It comes as Northern Ireland Food and Drink Association (NIFDA) chairman Nick Whelan stressed the need for politicians to work with farmers and industry leaders among three “critical asks” to help the industry through Brexit at the body’s annual dinner on Thursday (October 15).

Whelan, who is also the group chief executive of Dale Farm, called on political leaders to urgently address the need for a capital support scheme for Northern Ireland food manufacturers.

He also used his address to reiterate the need for a dedicated food export marketing body for Northern Ireland and call for a processor capital grant similar to what is available in other parts of the UK.