Home » N.Ireland » North to lift age of eligibility for brucellosis testing on October 19

Northern Ireland is to lift the age of eligibility for brucellosis testing to 24 months from 12 months on October 19, as the EU has legally accredited the North as Officially Brucellosis Free (OBF).

This is the last legal hurdle to formal OBF status in Northern Ireland which according to the Department of Agriculture and Rural Development (DARD) means the relaxation of more testing can take place in the coming days and weeks.

The North’s agriculture minister Michelle O’Neill, said the attainment of OBF status is a major achievement.

“Eradication of bovine brucellosis here means that the whole of northwestern Europe is now free from this devastating disease and I am extremely proud that the farming community and my department have played their part through their commitment to the eradication programme.

“I am also very pleased to be able to mark this auspicious moment by announcing that the next stage of our progressive relaxation of controls will be implemented from Monday October 19, 2015 when we will lift the age of eligibility for brucellosis testing to 24 months from 12 months,” she said.

The Minister also said that while the North needs to demonstrate continued vigilance for brucellosis.

“Our controlled approach to the gradual dismantling of the brucellosis scheme will continue with a reduction in the frequency of routine testing of dairy herds from Monday November 2, 2015.

“Over the next five years we expect that roughly 20% of dairy herds will be tested each year, although bulk milk testing will continue.

Relaxing the testing regime for brucellosis will result in substantial financial benefits, in reduced administration, sampling and testing costs, according to DARD.

However, routine surveillance brucellosis testing must continue for five years after OBF status is granted to ensure continuing disease freedom. 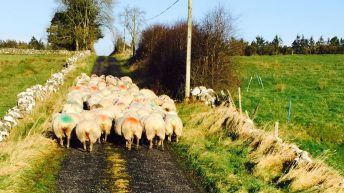 Throughput of lambs in the North 8% ahead of September 2014 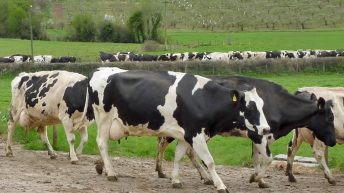