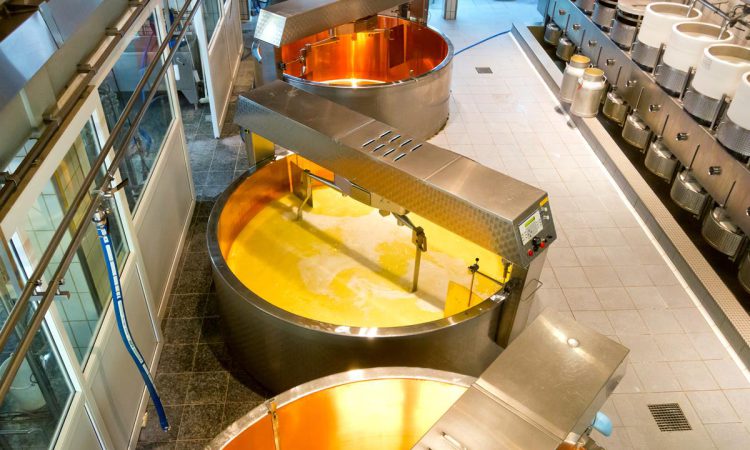 Growth in Northern Ireland’s food and drinks processing sector is estimated to have slowed significantly in 2018, according to new figures released by the region’s Department of Agriculture (DAERA).

The region’s food and drinks processing sector has experienced a recent resurgence and is estimated to have grown by as much as 60% since 2000.

Sales in the sector increased by 10.6% in 2017. The first provisional estimates for 2018 indicate this slowed dramatically last year, with approximations showing growth fell to just 2.9%

However, it’s still a welcome boost, taking the industry’s value to the economy to £4,952 million.

Meanwhile, the number employed by the sector continued to grow at a steady rate.

Provisional estimates for 2018 indicate a 5% increase in the total number of direct full-time staff employed in food processing to 24,818 – marginally higher than the 4.9% growth seen in 2017.

The largest market for the sector continues to be Great Britain, valued at £2,377 million in 2017.

Between 2016 and 2017 the sector’s sales increased across all markets:

Advertisement
Beef and sheepmeat, and milk and milk products continue to be the largest subsectors in terms of gross turnover; accounting for 47.6% of total gross food and drink processing sales in 2016 and 49.5% in 2017.

The food and drinks processing sector is estimated to have accounted for 32.4% of Northern Ireland’s total manufacturing sales in 2017.

“The local food and drink sector has continued to perform strongly despite a challenging environment, enjoying significant growth of over 10% between 2016 and 2017,” he said.

“Whilst these export figures are good news for the sector and should be welcomed, we must be frank about the scale of the challenges that lie ahead, in particular, the threat of a ‘No-deal’ Brexit.

“Our food industry is uniquely exposed by Brexit and a recent report from the Department of the Economy estimated that 40,000 jobs would be lost in a no-deal scenario due to our reliance on EU exports.

“A ‘No-deal’ outcome must be avoided at all costs and we continue to lobby the UK Government on behalf of our members on this pertinent issue.

Meanwhile, the lack of a local assembly continues to stifle innovation and impede further investment in the sector, as other competing nations forge ahead with productivity improvements. Now, more than ever, we need the Executive to fight our corner.

“If we are to achieve future growth, we need continued access to our important export markets, access to migrant labour, the establishment of a food marketing body, and government backing to foster further automation within the food processing sector.

“With the right support, I am confident that the food and drink industry will continue to perform well and be a leading light in the local economy.”