On a day when the ram lamb average rose by almost £100 and the shearling ram average climbed by more than £45, clearance rates also fared well, with 91% of the gimmers finding new homes.

Topping the trade at 4,300gns was shearling ram Farmhill Aristotle, a son of Tullagh Yogi out of a dam by Knock Travis (pictured top).

He was well fought for in the sale ring, being eventually knocked down to Paul and Baillie O’Connor for the Drumgooland flock.

Second best of the day at 4,000gns was the top priced ram lamb of the sale, a lamb from Naomi Ardis’ Millburn flock. 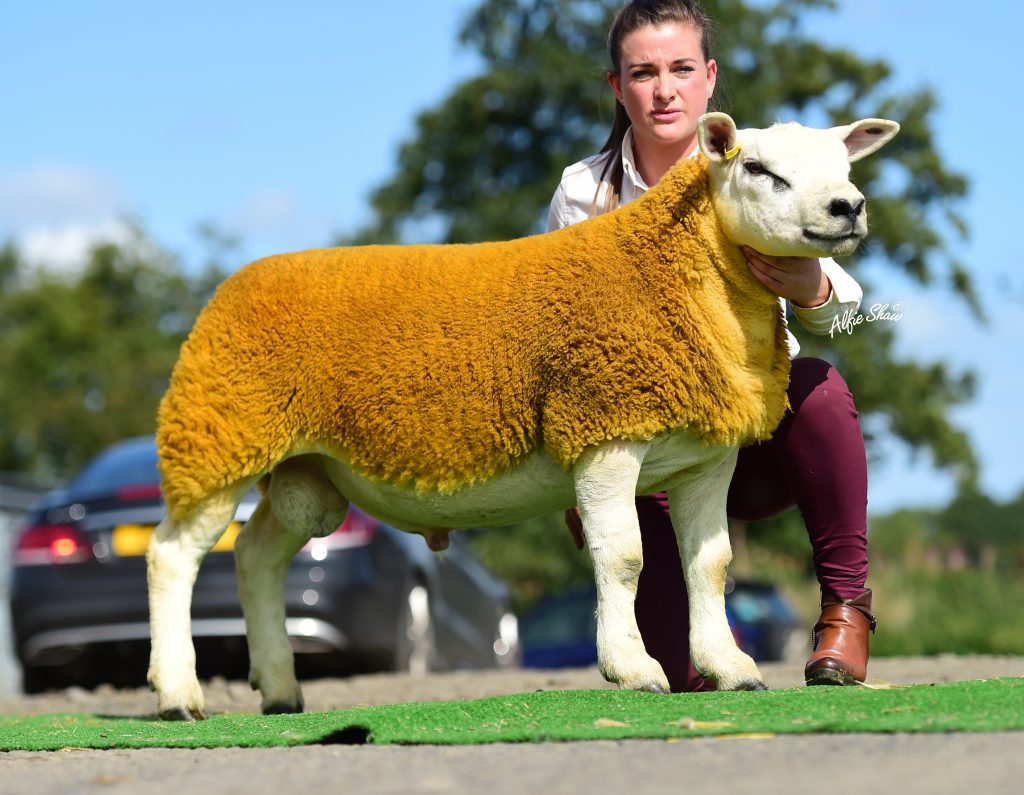 This was Millburn Big Guns, an entry by the 70,000gns Teiglum Young Gun out of a dam by the 145,000gns Knap Vicious Sid. He sold to Ivor Kilpatrick, Raphoe, Co. Donegal.

Following along after that at 3,000gns was Irish Hill Braveheart from Wilson Kennedy. He’s by Knock Yazoo and out of a dam by Knap Vogue, with this one finding a new home with Peter Boyd for the Poseyhill flock, Ballyclare. 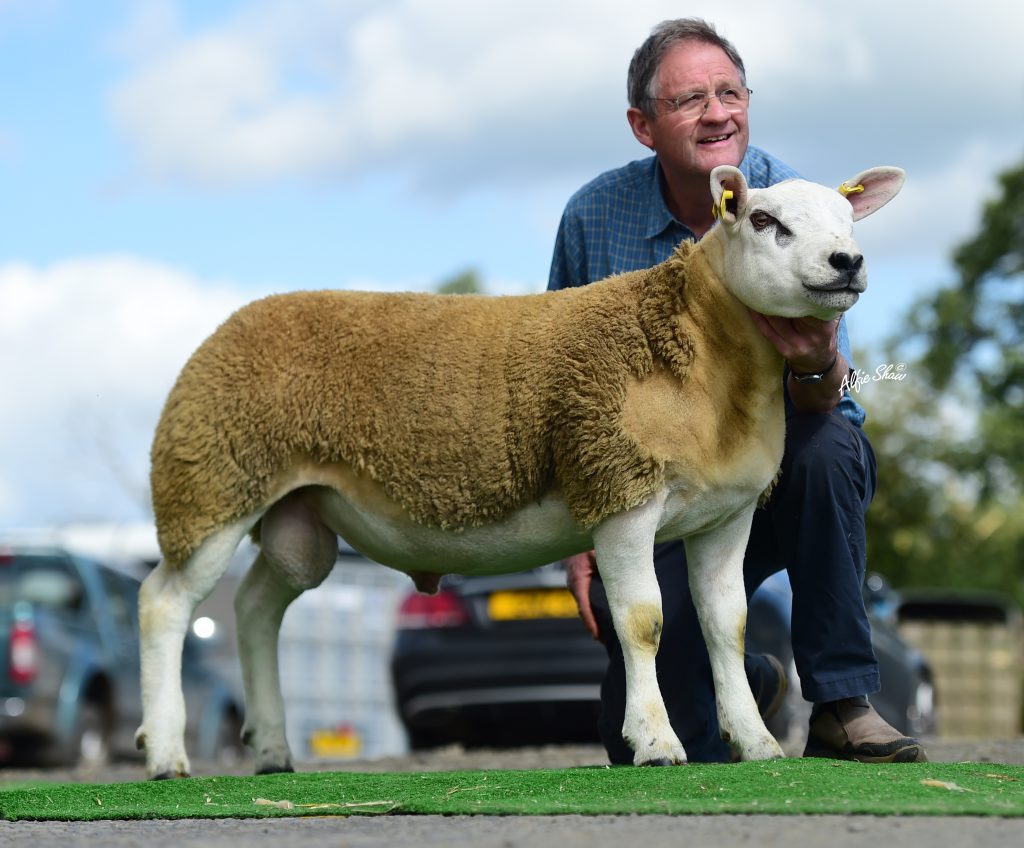 Next best then was a 2,600gns call for Donalds View Best Yet from Sean Hamill. Coming early in the day he is by Drumgooland Aga Khan and out of a dam by Springwell Venom.

He sold to Scotland in a three-way split, with shares taken by Robert Laird, Cambwell, Kenny Johnstone, Boghouse and Neil Edmondson, Castle Bank. 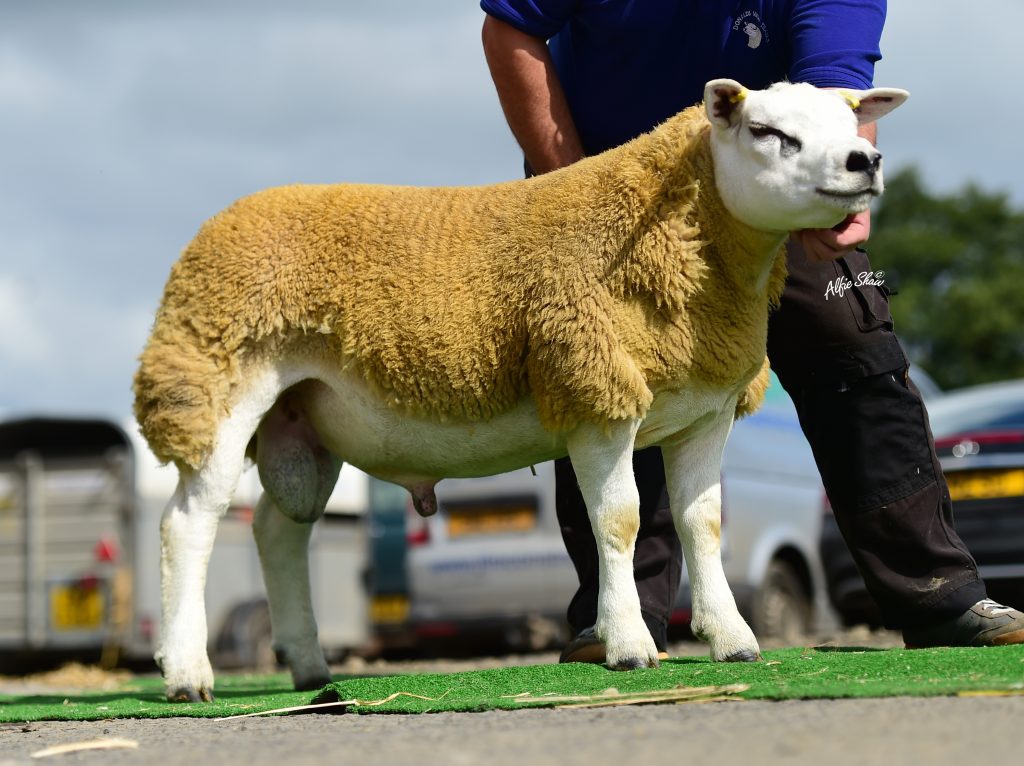 Another at this price was Kiltariff Bastareaud from Barclay Bell and family. He’s a son of Sportsmans Yogi Bear out of a Cowal Viceroy-sired dam and was knocked down to Robert Mulligan for the Brague flock, Banbridge, Co. Down, with an index of 460.

After that, at 2,400gns, came Roger Strawbridge’s best of the day Tamnamoney Black Lightning, a Scotsman Avicii son out of a dam with Duncryne Uber Cool and sold to Henry Gamble, Springwell.

Then at 2,300gns was another from the same pen, Tamnamoney Black Bush, similarly bred lamb which was bought by Liam McPolin, Newry, Co. Down.

Close behind at 2,200gns was Ballrussell BMW from Mary Clarke. This first prize winner from the pre-sale show is by Staneybrae Angus and out of a dam by Seneirl Arnos and was the pick of Martin McConville, Rathfriland, Co. Down. 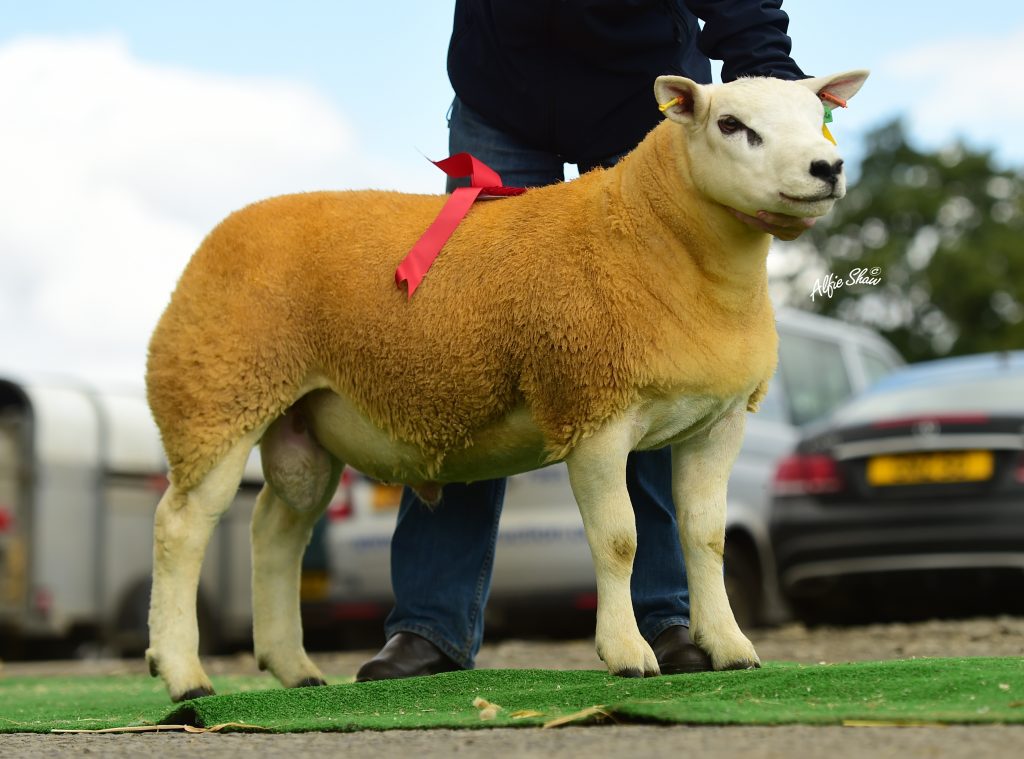 And at 2,100gns was another of the shearling tups, Derryhoney A Star from Adrian Liggett. He’s by Stainton Vigilante and out of a Ballydesland Thunder King daughter. This one found a new home with T Hynes, Rathfriland, Co. Down.

Then at 1,900gns was Tullagh Bo Didley from John and Richard Currie, a son of Midcombe Axel out of a dam by Milnbank Womaniser and sold to Michael McHugh, Carrickmacross, Co. Monaghan.

At the same money was Tamnamoney Bigus Dicus from Roger Strawbridge, a son of Millar’s Windbrook and out of a Duncryne Uber Cool-sired dam. This one was bought by J McGee, Creeslough, Co. Donegal.

Messrs Simpson and Calvin then sold Ballyhivistock Bulls Eye at 1,700gns. He’s by Milnbank Abracadabra and out of a dam by Llyfni Vidal and sold to G W Jones for the Erw flock, Corwen, Wales.

Best of the gimmers at Ballymena was a 1,300gns call for the female and reserve overall champion from Beth and Jack Gault. 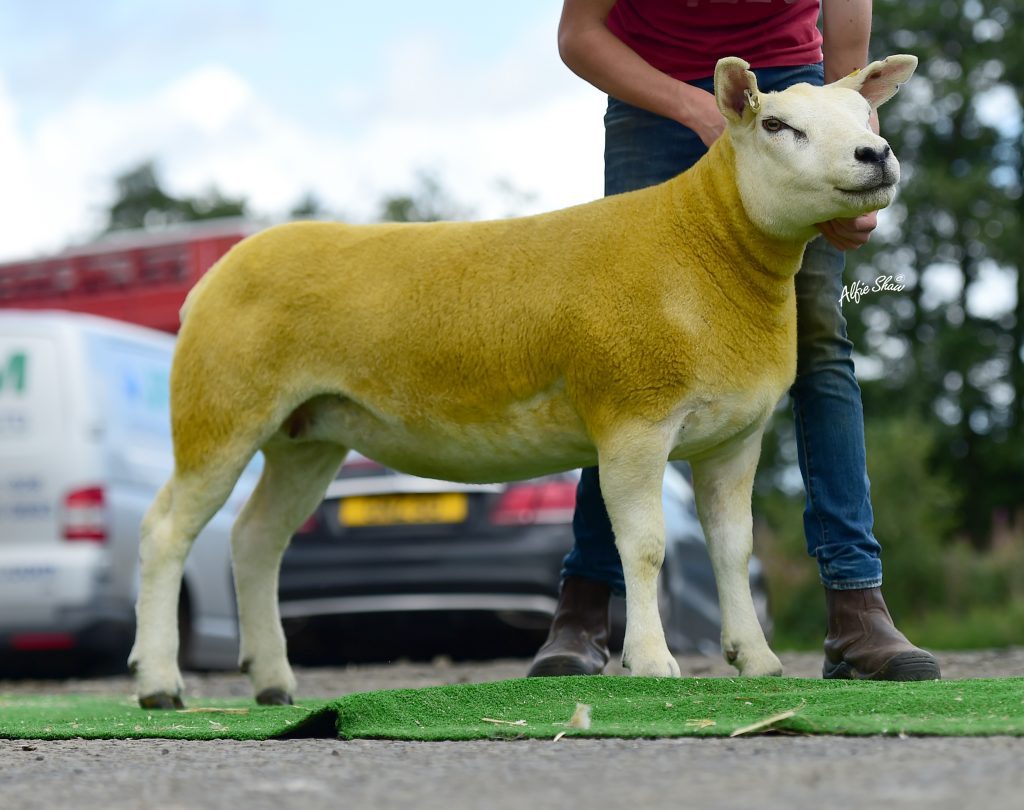 This was GCN1701816 from the Cherryvale flock. She is by Halbeath Woody and out of a dam by Sportsmans Scania and sold to R Doherty, Clonmany, Co. Donegal.

Next best here was a 1,050gns call for a Fairywater gimmer from Andrew Fyffe. This was FAO1700949, a Strathbogie Whiplash daughter out of a Glenside Razzle Dazzle daughter and sold to C McIlwaine, Newtonstewart, having stood third in the pre-sale show. 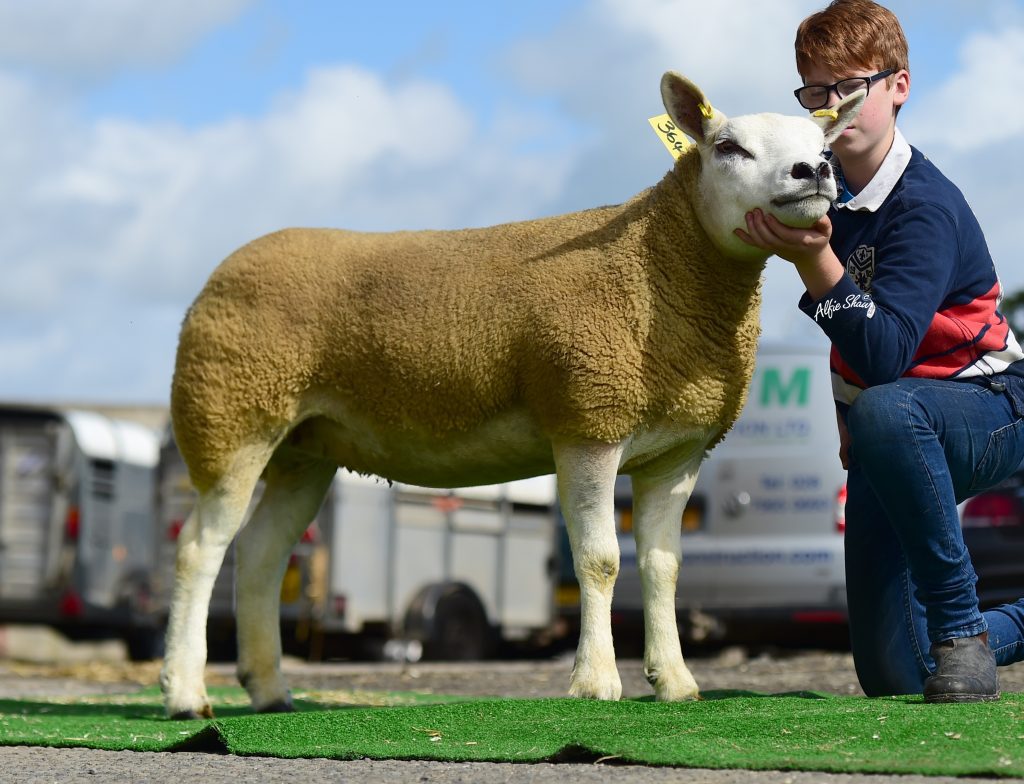 This daughter of Fairywater Yorkie is out of a dam by Garngour VIP and sold with an index of 378 to David McCreery, Lisbellaw, Co. Fermanagh.

The auction was conducted by J A McClelland.