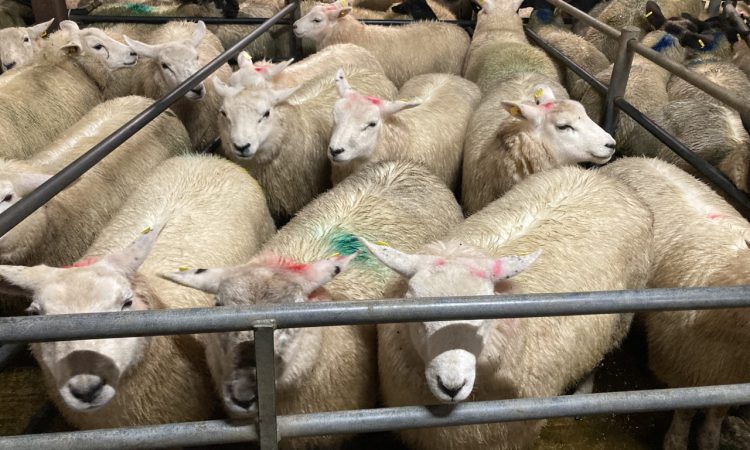 Lamb prices strengthened as the week progressed in Northern Ireland (NI) last week, with prices moving on a further 5p/kg. The Livestock and Meat Commission (LMC) noted that base prices for lambs at the end of last week (week ending December 11) ranged from 570-575p/kg – with similar quotes at the start of this week expected.

Looking at lamb throughput figures, there were 9,363 lambs processed in local plants last week – which was up 237 head from the week before.

Looking at the live trade in NI, the LMC said that stronger numbers of lambs passed through the sale rings for the week gone by compared to the previous week.

In terms of the trade, lamb prices generally ranged from 450p/kg up to 587p/kg – with a couple of marts seeing prices rise above 600p/kg. Lastly, looking at the cull ewe trade, prices for ewes ranged from £136/head up to £236/head.