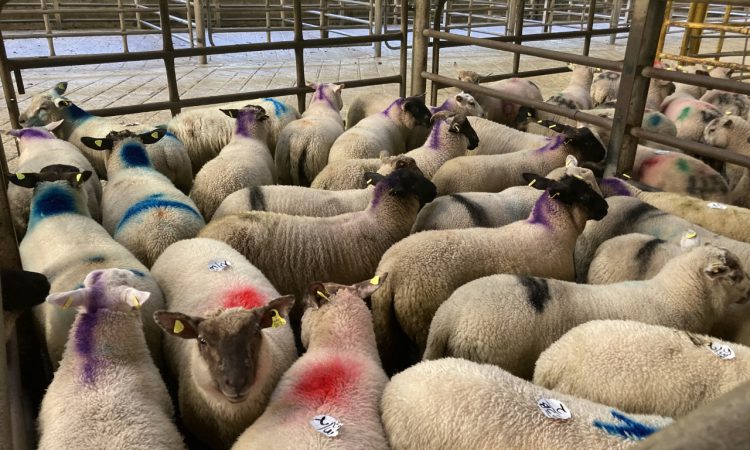 The lamb trade in Northern Ireland during the past week has been witnessing a similar story seen down south, with lamb prices coming under more pressure once again.

The Livestock and Meat Commission (LMC) said that quotes from major processors for lambs continued to fall back as the week progressed.

The LMC added that quotes for early next week are expected to fall back slightly again to range from 470-480p/kg.

Numbers coming on stream continue to climb in the North, with 9,927 lambs processed last week – up 175 lambs from the previous week.

Lamb exports to the south last week for direct slaughter amounted to 2,573 head – which is back slightly from the week previous.

The LMC went on to add that marts in the North witnessed a decline in the number of lambs coming through, with prices also “well back”.

Lastly, top prices for good quality ewes ranged from £112-189/head across the marts.