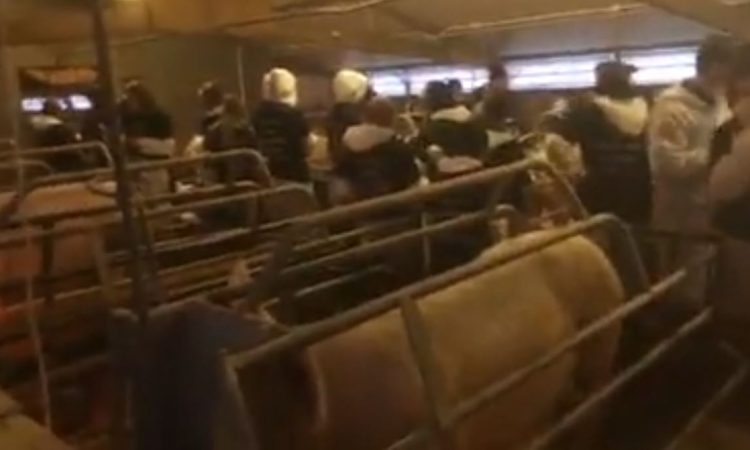 The National Pig Association has said it is seeking legal advice after around 200 vegan protestors targetted a Lincolnshire pig farm over the weekend.

The group, which is calling itself Meat The Victims UK, turned up in coachloads to the farm run by Sylvia Hook on Saturday morning.

They claim that at one point as many as 90 people were inside one of the pig sheds at one point, while a similar number protested outside the farm holding banners and placards.

The protesters demanded media coverage with more than five hours of footage live-streamed on one activist Facebook page.

In one of the videos, a representative wearing a beanie hat and hooded sweatshirt branded with the word ‘vegan’ was shown telling a local reporter the purpose of the protest was to “advocate for a vegan lifestyle”.

The farm’s owner Sylvia Hook said she had no idea why her premises had been targetted, adding that the farm has “very high” standards of welfare. She said the protestors caused damage during the protest, including the death of two piglets.

“They’ve already done a lot of damage – they’ve caused the death of at least two piglets. All they keep telling me is that I’m a murderer because I am producing pigs which are to be eaten,” she said.

“The pigs are our priority. Our farrowing house lady is absolutely distraught. She has lost piglets today that we would never lose and all they turn around to me and say is: ‘Well you’d have murdered them anyway in a few weeks’.”

A spokeswoman for the NPA said the association had been in contact with the farmer both during and after the protest to try and help her through the situation.

Policy services advisor Lizzie Wilson said the organisation would be seeking urgent advice on how producers should respond if the situation arises again in the future.

This is a form of protest we have been aware of in other countries. It is concerning to see it taking place here, particularly given the stress and welfare risk to pigs caused by so many people entering pig sheds at once.

“There are also significant biosecurity implications at a time when the industry is on the highest alert about the potential introduction of African Swine Fever onto UK farms and the potential disease risk posed by visitors – let alone the impact on farmers and their families who are doing no more than going about their legitimate business.

“We will now be talking to the police and taking legal advice to ensure there is a clear course of action to be taken should the incident be repeated. We will keep members informed.” 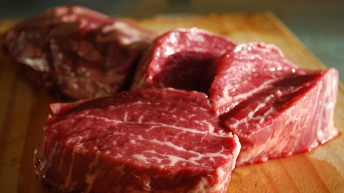