A leading farming TV presenter and a dairy farming champion are among those from the food and farming industry to be included on the 2021 New Year Honours List.

The New Year’s Honours recognise the outstanding achievements of people across the UK.

Kate Beaven, who rose to fame delivering lambs in fly-on-the-wall series Lambing Live, is now a guest presenter on the One Show covering all matters to do with farming.

She will become a Member of the Order of the British Empire for Services to Agriculture.

Kate lives on Great Tre-Rhew Farm, Llanvetherine, near Abergavenny with her husband Jim and children Sam and Celyn.

Kate juggles her presenting life with two days a week of lecturing at Usk College, running Kate's Country School, working the family farm and being a mother to her two kids.

Around three million people watched Kate deliver lambs on Lambing Live and it opened up a role for her on the One Show.

She has appeared on live television with Chris Evans and Russell Brand, where they incubated chicks for an Easter special, abseiling down Cheddar Gorge and investigating sheep rustling in Ireland. 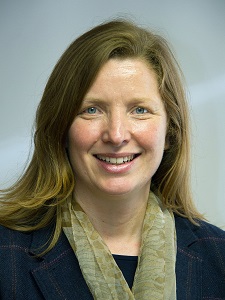 Royal Association of British Dairy Farmers (RABDF) vice-chair Diana Wastenage will be awarded an MBE, for her Services to the UK Dairy Industry.

Di Wastenage is a director of her family’s dairy farming business in Budleigh Salterton, Devon, and along with her husband Peter, won a national Farmer of the Year award in 2015.

In her role at RABDF she has contributed on a wide range of topics including the environment, animal health and welfare as well as encouraging young entrepreneurs and new entrants into agriculture.

Di was also involved in creating the ambitious targets for reducing antibiotic usage within the dairy sector.

She is an ambassador for women in farming and through her role as patron of Women in Dairy, she showcases the importance of female roles and the exciting opportunities there are for women in the sector.

Di also sits on the NFU Mutual Regional Board and is a council member of Duchy and Bicton College.

Commenting on the accolade, Di said:

I am delighted to be awarded the MBE and I am proud to be representing the farming sector both locally and nationally especially during these challenging and dynamic times.

"Receiving this honour has come as a complete surprise and has ensured this tough year finishes on a very positive note."

Tesco chief executive Dave Lewis has been awarded a knighthood for Services to the Food Industry.

Following a successful turnaround of the UK’s largest private-sector employer, Lewis made sure that the UK’s biggest supermarket played its part in supporting the people of the UK.

He was particularly keen for Tesco to make the difference in getting food to the vulnerable, prioritising availability over commercial objectives and working closely with the government to achieve this.

He expanded Tesco’s delivery slots from 600,000 to 1.3 million a week, providing nearly 600,000 vulnerable customers with access to priority slots.

Prof. David Stuart was also awarded a knighthood for his Services to Medical Research and to the Scientific Community.

Prof. Stuart is an international leader in structural biology devoting much of his career to understanding the detailed structures of viral proteins making profound impacts on human and animal health, pioneering innovative methods in vaccine development and structural biology.

The New Year Honours List demonstrates the incredible efforts of hundreds of public sector and community workers throughout 2020 and beyond.

In a year that has truly tested the resolve and determination of those on the frontline, the New Year Honours List includes 1,239 recipients, recognised for their extraordinary contributions in all four nations of the United Kingdom.

Co. Down agricultural journalist and broadcaster Ian Harvey is to be awarded an MBE for his services to Agriculture and to Charity in Northern Ireland.

He joins Belfast man William Brown who is on the list for his services to Northern Ireland Food Economy.

Prof. Lorraine Maltby is to be awarded an OBE for Services to Environmental Biology, Animal and Plant Sciences.

Mark Sautereau from Defra is to be awarded an OBE for services to the Food Supply Chain and the Vulnerable, particularly during the Covid-19 response.

Andrew Le Gallais, chairman of the Jersey Milk Marketing Board, was awarded an MBE for Services to the Community and to Dairy.

Prime Minister Boris Johnson said: "In a year when so many have made sacrifices to protect our NHS and save people’s lives, the outstanding efforts of those receiving honours today are a welcome reminder of the strength of human spirit, and of what can be achieved through courage and compassion.

The 2021 New Year Honours offer us an opportunity to salute their dedication and recognise many who have gone above and beyond in their contribution to our country.

"As we begin a new year and continue to come together to fight this virus, may their service and stories be an inspiration to us all."