A 10-mile stretch of motorway in Wiltshire was closed for almost 14 hours after a milk tanker overturned on one of the south-west's busiest motorways.

It took a multi-agency operation to remove the milk from the tanker, bring it back on to its wheels and clean up the diesel spill on the M4 on Sunday (September 16) with the police, ambulance service and Highways England all involved. 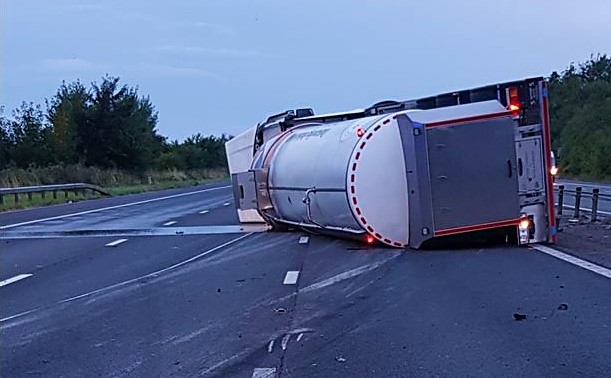 The incident happened between Chippenham and Dodington (junctions 17 and 18) at around 6:30am. However, the part of the road remains closed. 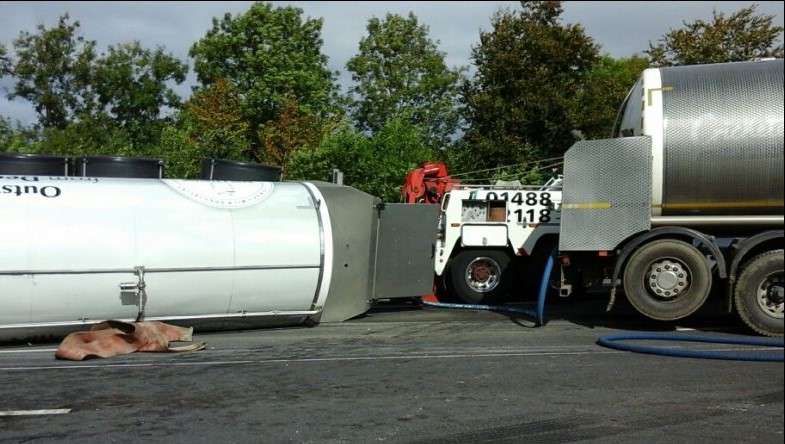 The milk had to be pumped into a second lorry before the tanker could be righted.

The driver is understood to have been injured but was able to walk away from the crash. 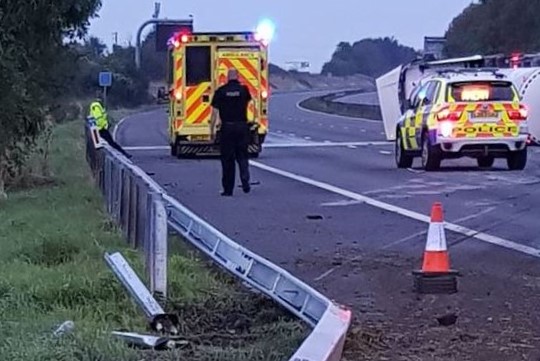 Highways England confirmed that part of the motorway also needed resurfacing following a "significant" diesel spill at the incident.

It comes just a week after a tractor sank on a beach at the estuary of the River Exe in Exeter.

After two days, the vehicle was finally pulled free on Monday, September 10.

The vehicle, which is believed to have been owned by the local council, sank into the sand of the beach on Saturday, September 8, requiring the coastguard to be called in to help free the machine.