Pics: JCB cranks up the power in mid-range wheeled loaders

The JCB mid-range agricultural wheeled loaders have "extra power, torque and refinement" in a package of upgrades for the new ‘Stage V’ versions that meet latest engine emissions rules, the UK machinery giant has announced.

This new engine includes the JCB Autostop system to help operators reduce overall fuel consumption by automatically shutting down after a period at idling speed.

The JCB 411 Agri and 417 Agri are designed and equipped primarily for hard surface applications, driving through a four-speed JCB Powershift transmission to operate in bulk stores and carrying out routine handling and loading tasks on farms.

Weighing 8.7t, the 411 Agri has High Torque lift arms giving 3.36m of load-over clearance with the quick-hitch fitted and a full-turn tipping load of a little more than 5t with a general purpose 1.2-1.6cu m bucket.

Meanwhile, three loader arm choices are available with the JCB 417 Agri, giving up to 4.2m clearance for bale stacking or loading an intake hopper, and a full turn tipping load of around 3.9t in that configuration.

It has up to 5.8t capacity available with a quick-hitch on the standard arms, which will clear 3.3m.

The ‘S’ designation of the JCB 413S Agri indicates that this loader is equipped for more demanding applications, the British manufacturer claims, stating that it has greater engine power, a six-speed Powershift transmission and optional limited slip differentials front and rear.

The combination enables the 413S to "generate more muscular levels" of pushing power and tractive performance for applications such as silage clamp work and loading manure spreaders in the field, while a near-50kph potential top speed making it nippy enough to hold its own with tractors on the road, the firm contends.

Weighing typically 8.95t, it clears 3.61m with the optional High Lift loader arms, while the standard arms provide increased torque for improved lifting ability, giving the 413S Agri tipping loads from 4.6 to 5.6t depending upon the front end configuration. 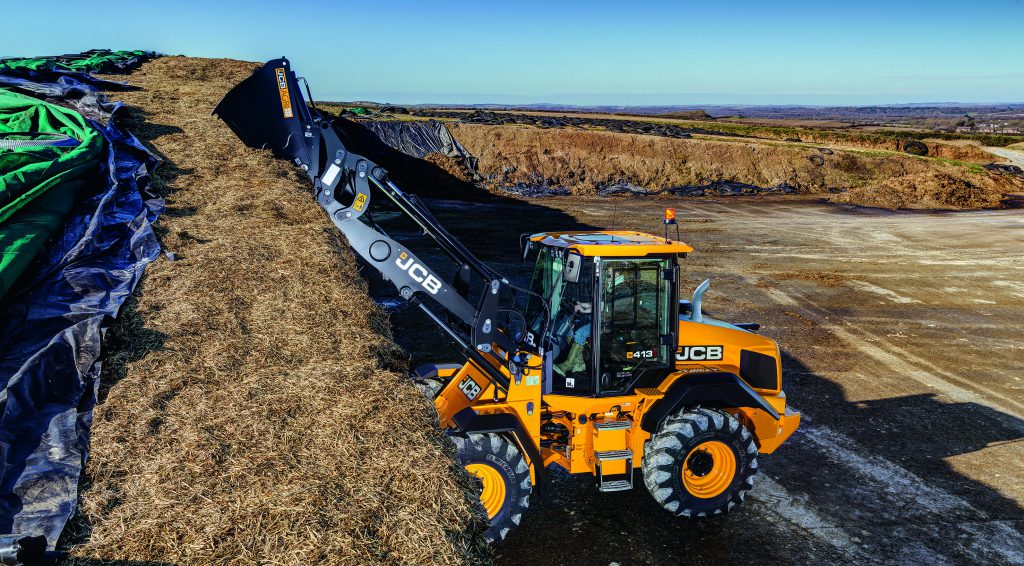 On the performance front, the JCB 411 Agri and 417 Agri benefit from moving from a 4.4L engine to the latest-specification 4.8L JCB DieselMAX, which is also fitted to the 413S Agri and comes with a single canister SCR and DPF installation to clamp down further on NOx and particulate matter in addition to the existing DOC unit.

All three loaders have a wide-core cooling pack and an optional reversible fan with ambient temperature-related hydraulic drive speed adjustment can be added to optimise cooling and fuel efficiency. 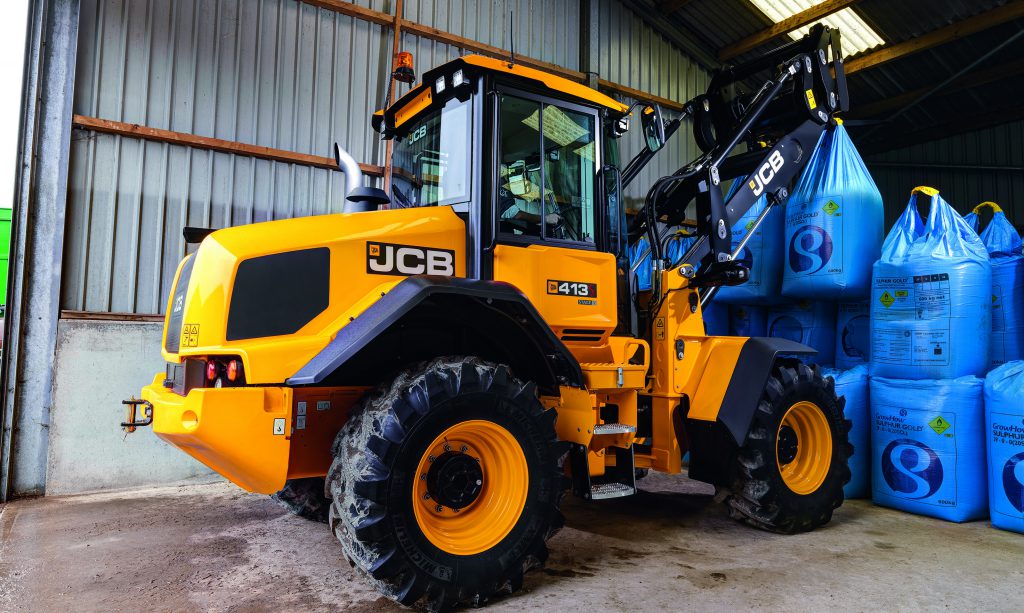 Apart from the inherent fuel-use efficiency of the DieselMAX engine’s combustion characteristics, the new Autostop feature mitigates diesel wastage by shutting down the motor after a period at idling speed – as long as certain safety criteria are met.

The operator can isolate the system if necessary and vary the delay before shutdown using a dial in the cab, the manufacturer notes.