JCB is launching its first ever electric Loadall model as the expansion of its E-TECH range of zero-emissions machines gathers pace.

More than 43 years after the company introduced its first telescopic handlers, the wraps have now come off the 525-60E, a full electric version of the well-known Loadall.

Designed to deliver the same performance as the conventional diesel-powered machine, the 525-60E offers a zero-emissions load handling solution for use in agriculture, the machinery giant claims.

According to JCB, key features of the new Loadall include the following:

The 525-60E uses two electric motors; one for the driveline and the second to power the hydraulic system. 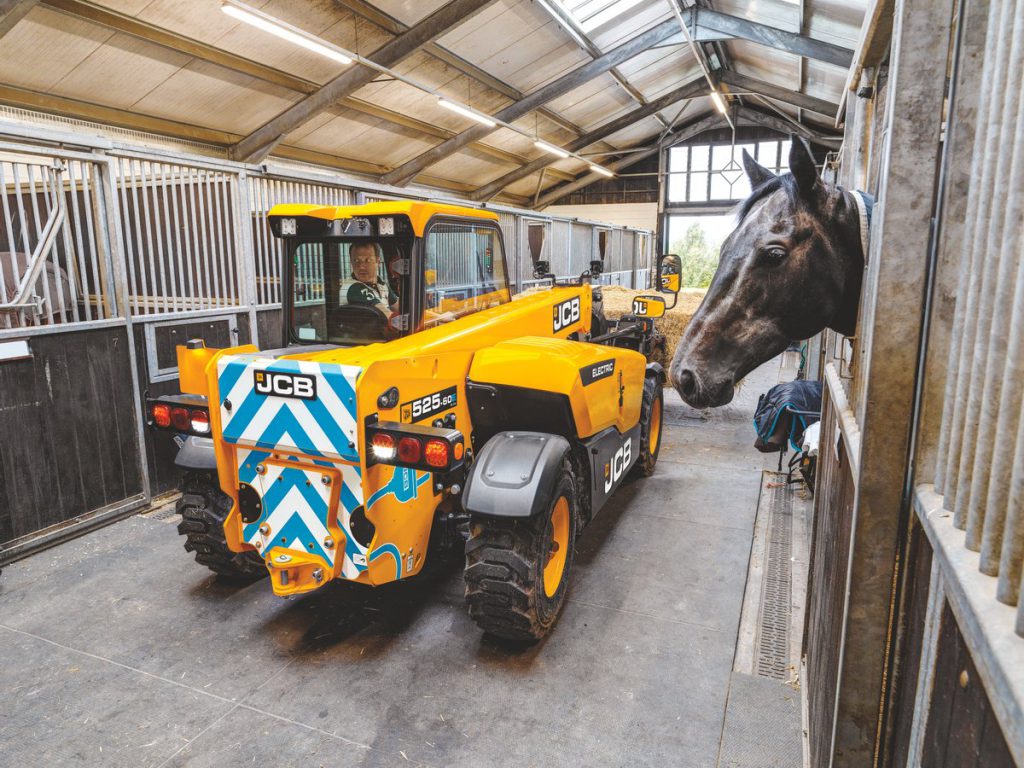 Flow is proportional to joystick position and the lift end is controlled by an electro-hydraulic valve block, with hydraulic regeneration on boom lower and retract.

According to JCB, the electricmotors are 85% efficient, which compares well with the 45% efficiency of a diesel engine. Following analysis of customer duty cycles, through JCB’s LiveLink telematics system and on-site studies, tests and evaluation JCB engineers have apparently "optimised the machine’s battery to meet customer requirements".

The 96V Lithium-ion battery, is capable of providing full-shift operation.

The traction drive motor utilises regenerative braking, instead of a traditional braking system, topping up the battery in the process. 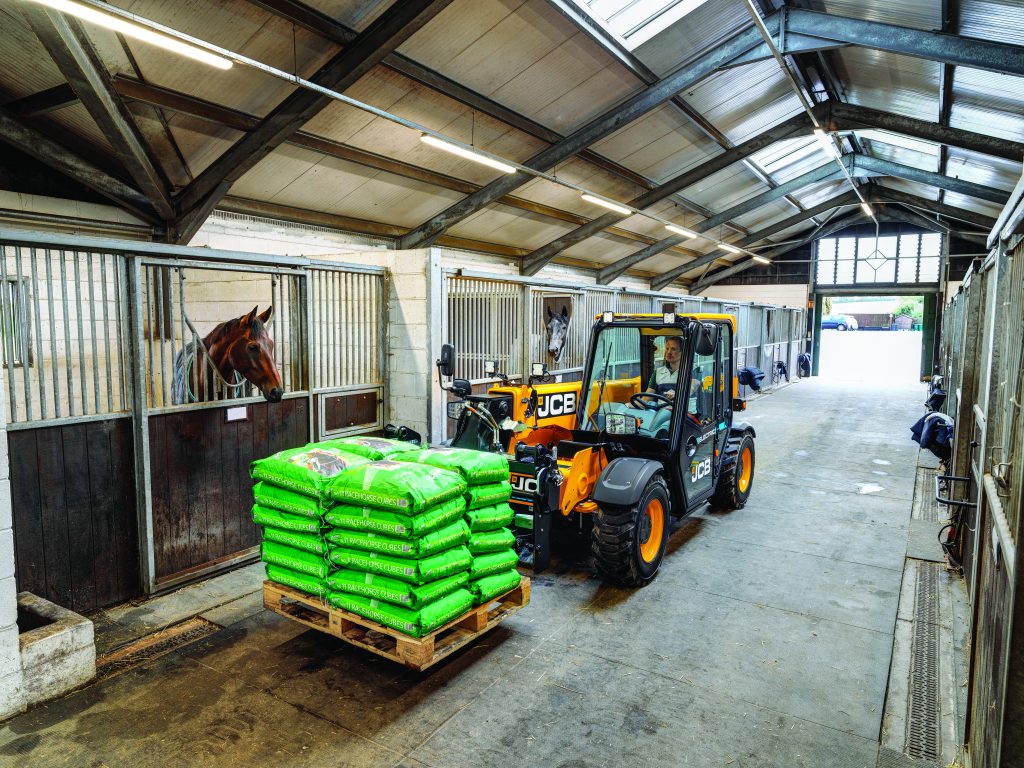 The hydraulic system also regenerates flow whilst lowering the boom, reducing the power requirement and extending operating hours. The brake regen function automatically turns off when the battery is fully charged.

The machine has the same on-board charger as other JCB E-TECH products, capable of recharging the battery in eight hours using a standard 240V, 16A electrical supply. An optional JCB Universal Charger can be used for a rapid top-up during breaks, in as little as 35 minutes.

External dimensions are unchanged from the diesel model and the 525-60E offers the same 3.7m outside turn radius. 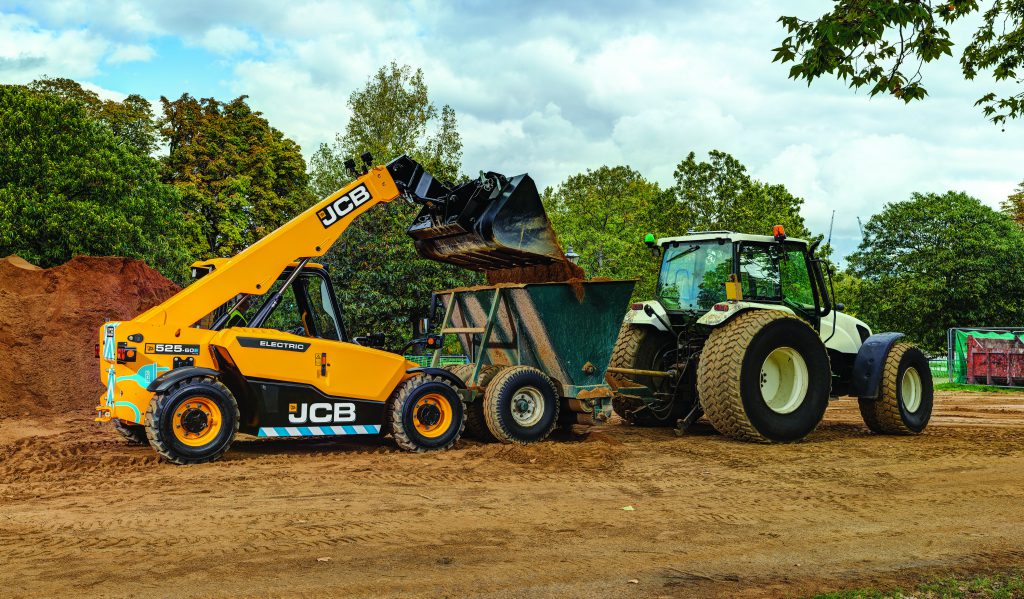 The manufacturer says the machine "has been designed to deliver similar cycle times as the diesel telescopic, with no loss of performance".

It can be used with forks, a range of buckets and many other JCB Loadall attachments.