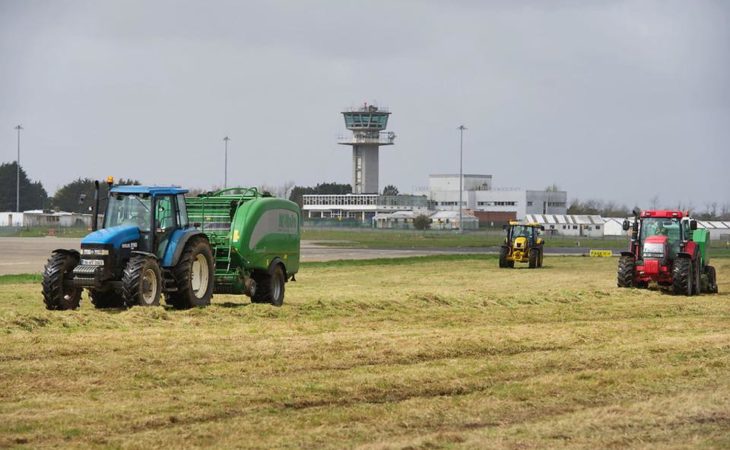 Silage operations have gotten underway at Shannon Airport’s 400ac site this morning in an effort to alleviate the ongoing shortage of fodder and forage around the country.

The airport made the offer to cut the grass when it met with farmers’ representatives last week and it has reportedly been in ongoing conversations since.

A decision was made earlier this week to, weather permitting, forge ahead with the cutting.

The airport carried out the same intervention in 2013, during the previous severe fodder shortage experienced by farmers. At that time, farmers received 1,600 bales of silage from the airport.

Normally, no grass inside the airport’s perimeter would be cut until later in the summer – but, in light of the shortages, the airport offered to bring cutting forward to support local farmers.

Tractors equipped with front loaders were busy loading trailers with the bales that were made this morning.

Previously commenting on the intervention, airport operations director Niall Maloney said: “Farmers were in difficulty back then and, having seen just how important our intervention was, we have been watching the situation closely over the past few weeks and will be making the same offer to farmers’ representatives again when we meet them.”