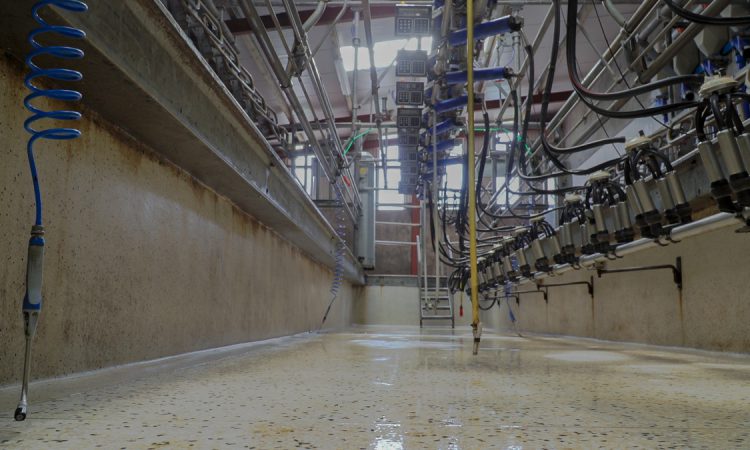 Research has shown that antimicrobial resistance (AMR) is happening across the world in both humans and animals. This means more and more cows are becoming infected with bacteria that are resistant to antibiotics.

The misuse and the overuse of antibiotics have influenced this, and so, as part of EU regulation governing veterinary medicinal products, an effective blanket ban on antibiotic usage will come into effect from January 28, 2022.

In essence, blanket dry cow therapy (BDCT) traditionally used by farmers as a preventative or on a ‘just in case’ basis won’t be acceptable anymore.

This is where selective dry cow therapy (SDCT) is set to come into effect – as an alternative to BDCT. This involves administering just teat sealer to a selected proportion of suitable cows at drying off, with the rest receiving an antibiotic and a teat sealer.

It is important to note that SDCT is not suitable for all herds or all cows and the Animal Health Ireland (AHI) advises farmers to consult with a veterinary practitioner who has knowledge of the herd and the farm before making any decisions.

Research to show that SDCT is effective was presented during one of the AHI/Teagasc CellCheck events – on the farm of Lakeland Dairies supplier Gerard Sherlock in Co. Monaghan, last week.

The findings of the study – which were completed across a three-year period – were presented by Pablo Silva Boloña, a Teagasc research officer on dairy cow mastitis, during the event.

He said: “We took all the cows from three Teagasc herds and divided them into high somatic cell count (SCC) cows and low SCC cows. 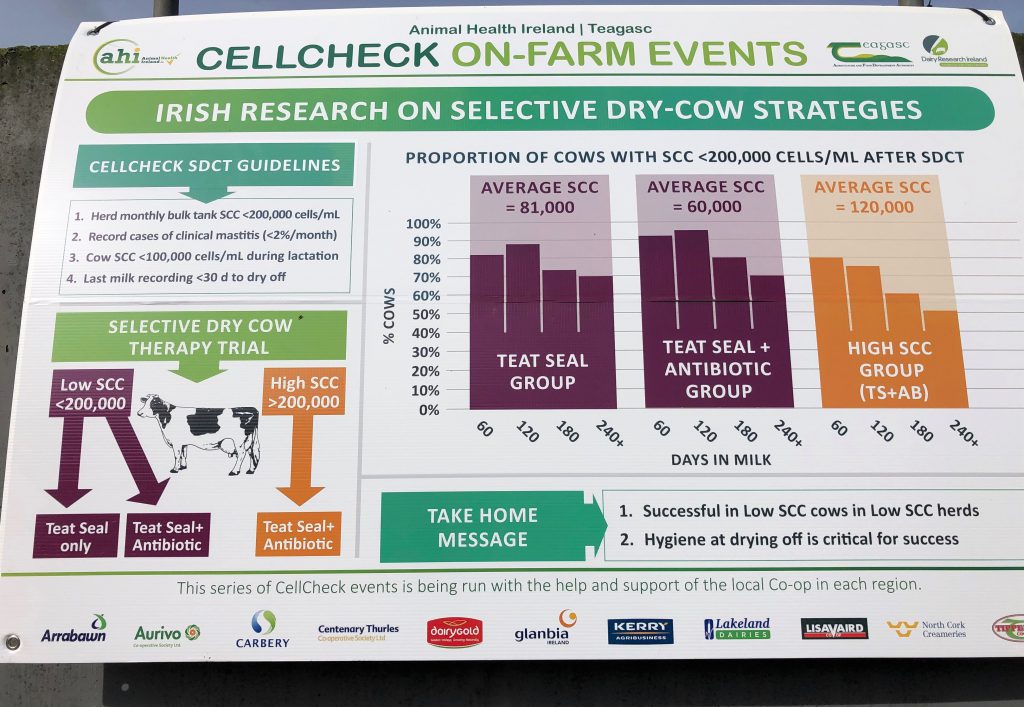 Continuing, he said: “At the beginning of lactation – in the low SCC cows – up to 60 days in milk, roughing 80% of the cows in the teat sealer only group were below 200,000 cells/ml compared to roughly 90% in teat sealer plus antibiotic group.

“However, if you look at the end of the lactation both groups had the same proportion of cows below 200,000 cells/ml. This showed that both groups reached the following dry period at an equal SCC.”

Concluding, he said: “The trial meant that roughly a third of the cows did not receive an antibiotic at drying off with a very small impact in terms of SCC.”

However, Pablo did emphasis the critical importance of hygiene at drying off when not using an antibiotic.