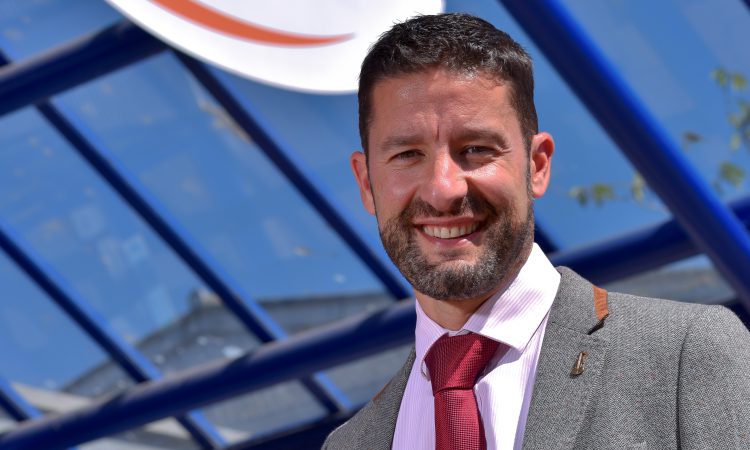 Chartered accountant and corporate financier Richard Rankin has been appointed as the new chief executive Officer of H&H Group (Harrison and Hetherington).

Rankin is a chartered accountant, formally of Carlisle-based Armstrong Watson (AW), where he has been a partner for over 10 years.

His extensive business experience as a corporate financier and his local knowledge makes him an ideal choice to head up and take one of Cumbria’s most important and progressive businesses to the next level.

Born and brought up on Tyneside, the 45-year-old who describes himself as “passionate about corporate business”, is a graduate of Newcastle University and a highly respected chartered accountant.

His career has seen him work for some of the UK’s leading accountancy firms, including the former Touche Ross & Co. and Deloitte.

Moving to Cumbria with AW as part of the Carlisle Corporate Finance Team, he was made a partner in 2006 when he took over the Kendal office.

In 2014, he returned to run the Carlisle corporate office and the corporate finance team.

He is also a director of Cumbria Tourism and a past governor of Queen Elizabeth Grammar School in Penrith.

Rankin said he is looking forward to the challenges and opportunities this role will bring.

“I was attracted to this position, as I know that H&H is an incredibly strong and stable organisation, and one which I have great respect for,” he said.

It has a tremendous reputation and is a very strong brand. My aim going forward is to build on the excellent work that has been done in recent years, to achieve continued growth for the Group.

“During my time with Armstrong Watson, I have been involved, on a number of occasions, in dealings with the group, most recently working as part of their team on the acquisition of John Swan & Son.

“I know, from personal experience, that H&H is a strong agri-business, which has diversified and expanded its commercial interests and enterprises.

“I thrive on a challenge, and for me, this is one of my greatest to-date and one which I am very excited about.”

The H&H Group was founded originally as farmstock auctioneers and today, with nine Harrison & Hetherington Auction Marts, auctioneering is still very much a part of its business.

With 300 employees offering a diverse range of skills and experience, it has a 150-year heritage, based in 18 locations across the north of England and southern Scotland.