Home » Agri-Business » Right to repair bill passed in New York State – will it include tractors?

Right to repair bill passed in New York State – will it include tractors? 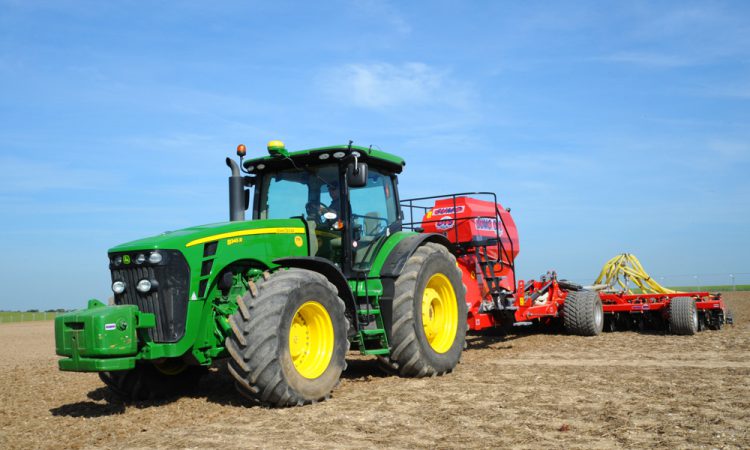 The long-running debate over the right to repair tractors and other vehicles has taken a firm step forward in the US where it has become something of a crusade among farmers, and John Deere customers in particular.

From the customer’s point of view, progress has been slow or non-existent.

The agreement between John Deere and the Equipment Dealers Association (EDA), in which the company pledged to voluntarily release diagnostic tools and data, has failed to deliver any meaningful results according to reports circulating in the US.

Although John Deere is usually highlighted as being the leading culprit, the issue is not solely confined to one company.

The stateside advocacy group, U.S. PIRG, has pointed out that the failure of sensors on farm machinery is now the major cause of breakdown on all makes of tractors and combines.

Neither is it a purely a US problem. In a short survey of combine harvesters, it lists the Russian-built Rostselmash Torum as having 64 sensors, second only to the John Deere S760 with 125.

If voluntary agreements are being ignored by manufacturers, then the next stage is legislation and this too is being advocated for by farmers’ groups.

The first state to enact such legislation is New York State which has just passed a right to repair bill.

The bill sets out to ensure that original equipment manufacturers (OEMs) are obliged to provide any diagnostic hardware and software on the same terms as they would to appointed dealers, and at a reasonable cost, to third party ‘repairers’ and owners of motor vehicles.

The software must be up to date and include any patches or fixes. Security concerns cannot be used as an excuse to refuse necessary information as provision is made for such data to be transferred under “the appropriate secure data release systems”.

A minor skirmish in the right to repair fight

The passing of this legislation would appear to constitute something of a victory for farmers campaigning for the right to repair, however, there are two elements to the bill which might suggest campaign celebrations may be a little premature.

Tucked away in the small print of the bill is the definition of ‘motor vehicles’, which would appear to circumnavigate the inclusion of tractors.

It reads: “Any vehicle designed for transporting persons or property on a street or highway”. No doubt it will be argued that tractors do not fall under this description.

Secondly, the punishment for transgression is a maximum fine of $500 for each incident. This compares with John Deere’s worldwide net sales and revenues of $12.1 billion for the second quarter of 2021.

To those seeking a full right to repair across the board, the latest development must be welcome, not least because it sets a precedent for other states to follow.

However, it does appear to fall short of what is being called for by farmers’ groups and they still have much hard campaigning ahead of them.