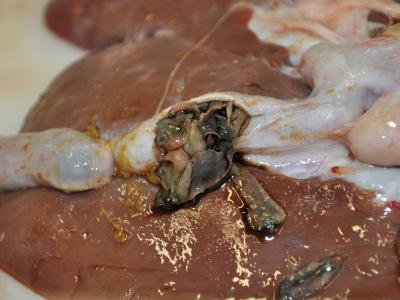 The Sustainable Control of Parasites in Sheep (SCOPS) and Control of Cattle Parasites Sustainably (COWS) have warned that liver fluke cases are increasing across the UK following recent wet weather.

The two groups – Sustainable Control of Parasites in Sheep (SCOPS) and Control of Worms Sustainably (COWS), which is devoted to cattle – monitor liver fluke in the UK and provide advice for farmers on how to deal with the issue.

Speaking on behalf of SCOPS, Lesley Stubbings said: “We are keeping a close watch on what is happening around the country.

“Reports of the disease are increasing across the UK, with patchy instances outside the high-risk areas.

Condemnations in abattoirs have also increased rapidly in the first half of November, which highlights the need for livestock farmers to keep testing and monitoring abattoir feedback.

Situation around the UK

With the risk looking higher this year compared to in 2018, and large variation between farms and even areas on individual farms, there is an onus is on farmers to test.

Philip Skuce from Moredun said: “We’ve been sampling sheep on two sentinel farms in Argyll this year. In mid-September about a third of the sheep had positive blood tests, but were still negative on coproantigen and FEC.

“This gave us an early warning they had been exposed to fluke infection, despite the fluke still being too young to show up on the faecal tests. By mid-October, 23% were positive on coproantigen and 5% had fluke eggs in the dung.

“This really underlines how the different tests work over the season. This year it is vital we use testing to guide the timing of treatments and flukicide product choice.”

Diana Williams from Liverpool University explained that testing can save money in the long run.

“We had a case where the poor condition of sheep was assumed to be due to liver fluke but diagnostic testing (blood testing for lambs and dung tests for ewes) showed they were not infected,” she said.

Avoiding unnecessary treatment not only saved the farmer a lot of money in terms of flukicide and time, but it also led them to diagnose the real cause of ill thrift, which improved performance.

“These are now starting to merge into subacute infections on some farms. While it is certainly shaping up to be a much higher risk of losses from liver fluke this year than last, remember that testing, monitoring abattoir feedback and doing post mortems on any sudden deaths are valuable tools when deciding if, when and with what to treat.”

However, up north in Scotland, Heather Stevenson from SRUC reported only a few cases in Dumfries and North Cumbria, meaning it is important farmers in the area test sheep before they treat for fluke.

“We’ve been receiving more and more samples for liver fluke testing in recent weeks, and it is clear that using the right test, in the right way, is critical to getting robust results,” she said.

For the coproantigen Elisa test, we are strongly advising farmers to send us individual samples. This is because it has become clear that pooled samples may lead to a false sense of security.

“A good example is a mid-Wales flock that tested eight individual sheep and only one of the samples was positive.

“This suggested there were fluke present, but they were still too immature to be detected by this test in all but that one sheep.

“If the sample had been pooled the positive sheep faeces would be diluted and the overall level been below the level of detection.”

Fiona Lovatt from Flock Health Ltd. said resistance had become an issue in treating the infection in some areas but that some farmer had wrongly assumed their flocks were affected.

“I am concerned that while there is evidence of triclabendazole resistance on some farms, many others are jumping to the conclusion that they have resistance without any testing,” she said.

“That includes testing to make sure the problem is actually liver fluke or carrying out a drench test too early, when the fluke are still immature.” 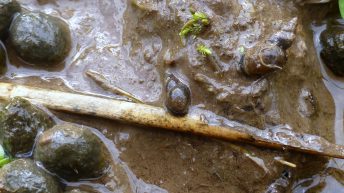