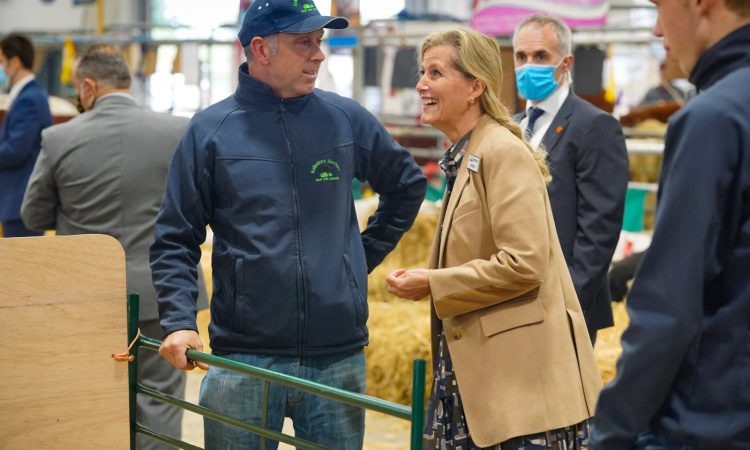 Showgoers at Balmoral Park were in good company this afternoon (September 23) as HRH Prince Edward, Earl of Wessex, and HRH Sophie, Countess of Wessex, spent the afternoon at the showgrounds.

The royal couple were in Northern Ireland for two days beginning their visit with a reception at Hillsborough Castle for the Commonwealth Parliamentary Association’s 50th Annual British Isle and Mediterranean Region Conference (BIMR) on Wednesday evening.

This afternoon’s itinerary included a visit to the Irish Linen Centre and Lisburn Museum, where the museum’s handloom weaver weaved a damask linen napkin commissioned to commemorate the granting of Royal status to nearby Hillsborough Village. The village will officially become ‘Royal Hillsborough’ later this year.

The final engagement for The Earl and Countess of Wessex was at the Balmoral Show.

Their Royal Highnesses met organisers, exhibitors and participants at the annual agricultural event, which showcases the very best of Northern Ireland’s agri-food and rural sectors.

The pair also enjoyed dinner at the Member’s Pavillion and called into the Royal Ulster Agricultural Society headquarters to sign the official guestbook.