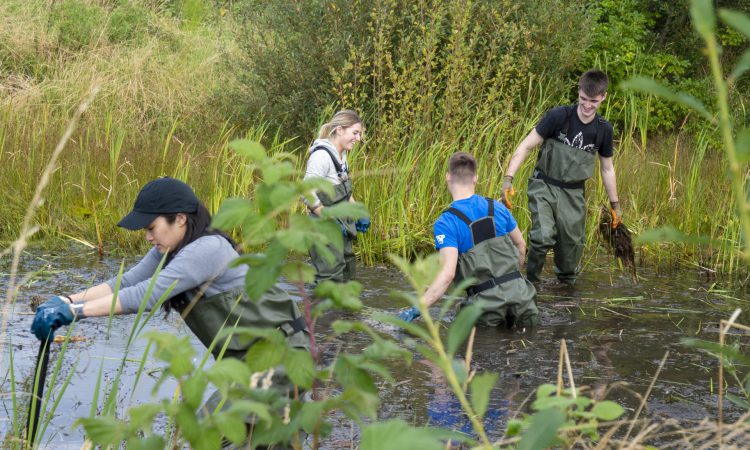 Investing in Northern Ireland’s natural environment has a “vitally important” role to play in the economic recovery from Covid-19, according to conservation charity RSPB NI, which launched its five-point ‘Green Recovery Plan’ today, Tuesday, November 17.

The charity hopes the five steps can boost Northern Ireland’s short-term economic recovery through job creation, restore and maintain the region’s natural environment (both on land and at sea), and help tackle climate change.

RSPB NI director Joanne Sherwood said: “We need to seize this opportunity to deliver a green recovery and build a more resilient economy, with healthy communities and a thriving natural world at its heart.

“Delivering on each of the five points we’re proposing in the Green Recovery Plan will bring vital employment opportunities.

Decisions taken now will have a major impact for many years to come, so we must embrace the idea of a green recovery and lay the foundations for the greater prosperity and improved well-being of Northern Ireland and our future generations.

Economist Dr. Matthew Agarwala, from the University of Cambridge, said: “Governments around the world are making trillions available for Covid support and stimulus packages.

“The question is whether we invest those funds in the skills, jobs, and growth industries of a sustainable 21st century, or waste them trying to preserve the 1970s.

“The most important lesson we could learn from this pandemic is that it’s far cheaper to protect and preserve nature than to suffer the consequences of destroying it.”

“A Northern Ireland Climate Change Act, as committed to in New Decade New Approach, should be introduced and include a Northern Ireland net zero carbon target and binding sectoral targets,” a spokesperson said.

“In order to reverse the decline of nature in Northern Ireland, a framework of legally binding nature recovery targets must be introduced; and there should be a robust legal duty on the NI Assembly and public bodies to meet these targets.”

RSPB NI is calling for the Northern Ireland Environment Strategy to be published and underpinned by legally-binding long-term and interim targets.

A spokesperson said the charity has a list of ‘ready-to-go’ projects that offer the NI Executive the opportunity to create jobs, start to halt and reverse biodiversity declines, and begin a green recovery from the Covid-19 crisis.

The projects cover climate change mitigation, habitat restoration, and species recovery across Northern Ireland and represent an initial step towards delivering a green sustainable future for generations to come.

The charity claims a wider work programme that builds on these projects could collectively provide up to 2,000 jobs across Northern Ireland, lock up carbon with a value of well over £1 billion and provide widespread economic benefits.

It’s also calling on the Northern Ireland Executive to lead and support a green recovery to deliver urgent action to tackle the climate and biodiversity crises ahead of the 2021 United Nations Climate Change Conference, which is set to be held in the UK in November 2021.