Following an exceptionally dry spring in 2020, many were hoping for a more ‘normal’ spell of spring weather in 2021.

However, the weather over the past month has been predominantly dry for most, along with being exceptionally cold, with the Met Office provisionally reporting that it has been the frostiest April for 60 years.

According to Donald Paterson, agronomist with Scottish Agronomy, all of this has brought pros and cons to the arable sector.

The dry conditions have allowed spring work to progress quickly and efficiently with spring cereals now all sown, and potato planting well underway.

Spring cereals have been slow to emerge in the cold conditions though, with many taking up to three weeks, and it could still be sometime before any potato crops begin to emerge.

However, more recent rain has helped to wash-in any remaining nitrogen, and when the weather warms up crops will start to grow rapidly, meaning that the gap between the T1 and T2 spray timings could be relatively short this year, according to Paterson.

On a more positive note, the colder and drier weather has slowed disease development, with many members opting to omit the early fungicide applications on winter wheat, winter barley and oilseed rape due to the low disease levels.

In winter wheat yellow rust was observed on a range of varieties in coastal regions back in March, but the cold weather has helped to hold this back for now, and with the T1 applications now underway this should help to prevent any yellow rust from spreading.

More robust fungicide applications will be required at T1 though, as most of the current chemistry works best in a protectant situation, and it is important to prevent Septoria moving up through the crop, particularly if the weather turns wetter in the coming weeks.

In winter barley levels of rhynchosporium, net blotch, brown rust and mildew have been relatively low so far, giving many members the opportunity to omit the T0 fungicide applications, particularly on varieties with good disease resistance.

However, with the T2 fungicide applications approaching it will be important to maintain a stronger fungicide strategy as this will be the first full season where there will be no chlorothalonil available to help control ramularia in both winter and spring barley.

Paterson added that the sharp frosts have been particularly severe on crops of oilseed rape, with some severely leaning over as a result of a succession of cold nights during April.

Most are now recovering, but the impact of this along with many crops being affected by high numbers of rape winter stem weevil larvae, has resulted in a lot of oilseed rape crops being exceptionally uneven.

However, like in the cereal crops the cold and dry weather has slowed light leaf spot development, meaning that many crops received no fungicide at stem extension with many now favouring a two-spray strategy at flowering in order to cover the potentially increased risk of sclerotinia.

The colder weather has also helped to slow the arrival of insect pests such as pollen beetle in oilseed rape, and hopefully peach potato aphids which pose a risk to seed potato crops, thereby reducing our reliance on insecticides. 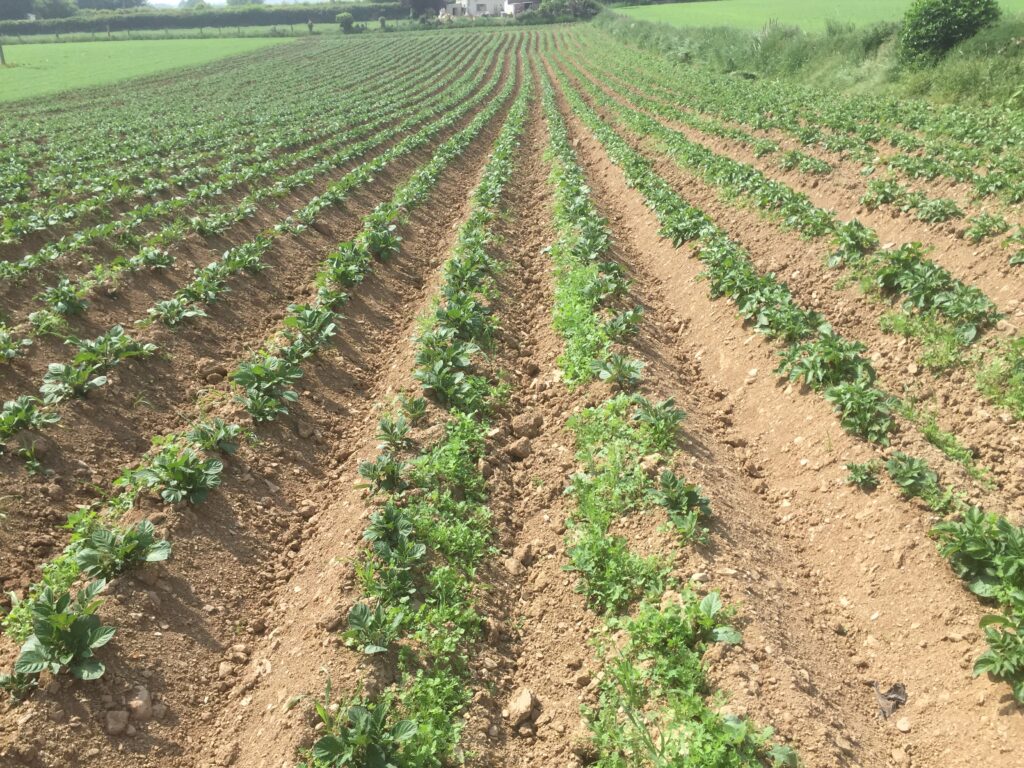 In more southerly areas, the warmer daytime temperatures a couple of weeks ago meant that some oilseed rape crops did exceed threshold levels for pollen beetle prior to flowering, and did require an insecticide treatment, but in many situations the colder weather has meant that no insecticides have been applied.

It would also be hoped that the colder weather will lead to the later arrival of peach potato aphids into seed potato crops, which will help to reduce the virus pressure during the upcoming season.