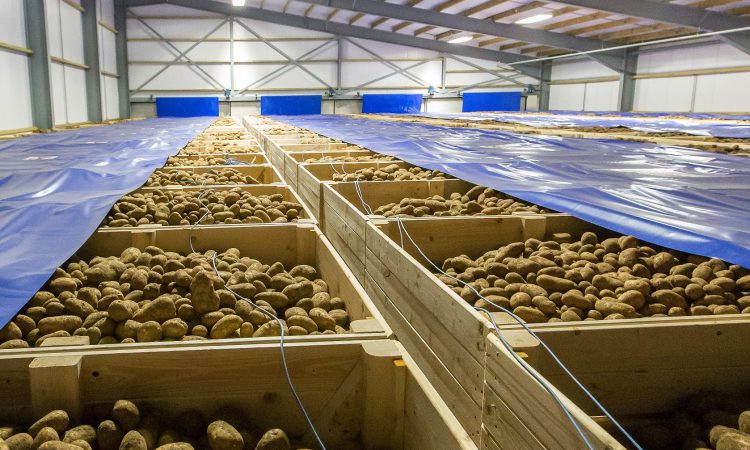 After a tough 2018 season, Scottish potatoes have become increasingly important to maintain supply this year, according to statistics from AHDB.

Scotland avoided the worst of last year’s drought with production only slightly below average and as the season has progressed an increasing proportion of GB stocks have been held north of the border.

Previously responsible for a quarter of GB levels, figures up to the end of March show that Scottish growers now account for 34% of total grower held stocks.

To ensure their statistics on GB production and stocks are robust, AHDB runs regular surveys on stock levels using their grower panel.

The grower panel is a group of approximately 500 registered potato growers who provide information on seed use, yields, stocks and sales from their farm.

A mixture of heavy demand and issues with ambient storage saw above average drawdown between November and January in England and Wales. 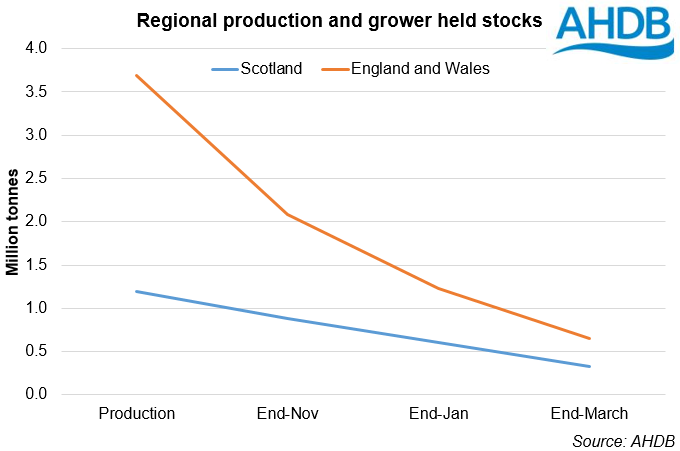 AHDB Analyst Aidan Wright explained: “The start of the season saw massively reduced production across GB, mitigated in part by a large carryover from the 2017 crop.

“Scotland has remained fairly stable with large quantities of old crop potatoes being marketed well into the new season. This helped reduce dependence on new crop at the start of the season.

“The relatively healthy situation north of the border means that Scottish production has been supporting demand down south.

“Since harvest, Scottish potatoes have made a slow and steady exit from grower stores, heading south of the border and over the Channel to mainland Europe.

“While the 2019 crop appears to be coming on well at this stage, the reserves of potatoes left in Scotland will go some way to ensuring packing supply across GB for the remainder of the season. Exports continue to storm ahead and the majority of this assumed to be of Scottish supply.”