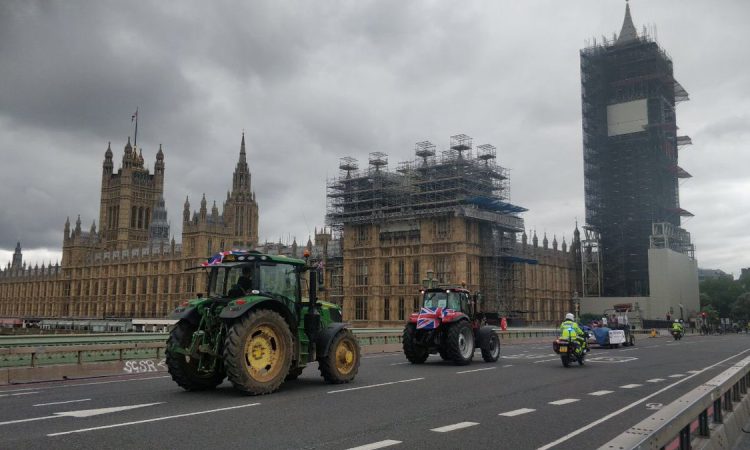 A campaign group for farmers is planning a second protest in Parliament Square in Westminster in response to the return of the controversial Agricultural Bill in the House of Commons.

The group Save British Farming (SBF) is planning to hold a second demonstration against the bill which they believe will lead to the introduction of lower food standards.

A “socially distanced” tractor demonstration is planned to take place next Monday (September 28).

The protest centers around the proposed introduction of free trade with countries like the US and they believe this will lead to ‘the opening of floodgates to lower-regulated food’.

A demonstration by SBF had already taken place back in July 8 and videos of tractors driving slowly around Parliament Square were widely shared on social media.

SBF made a statement on Twitter about the planned protest:

“In an attempt to prevent this grim eventuality, a last-ditch battle is underway at Westminster aiming to establish essential safeguards in post-Brexit Britain.

“The Agriculture Bill is about to go to the final stage of its passage through Parliament.

This is last chance for MPs to stop a free-for-all from which British agriculture would emerge the loser.

“Which is why we want to fill Parliament Square with our tractors/farm vehicles.

“Are you going to sit with your head in the sand or join us?”

Last week the British parliament passed a vote on the Internal Market Bill which the EU said would “breach” the provisions of the Northern Ireland Protocol which forms part of the withdrawal agreement for the UK’s exit from the EU.

The timely and full implementation of the withdrawal agreement, including the Protocol on Ireland / Northern Ireland – which Prime Minister Boris Johnson and his government agreed to, and which the UK Houses of Parliament ratified less than a year ago – is a legal obligation.

“The EU expects the letter and spirit of this agreement to be fully respected.” 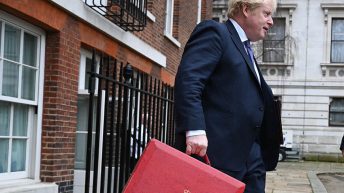